Has the American Empire simply moved online? That’s the argument made in an enjoyable polemic by Sean Ennis, World War 3.0: The Hidden Internet War. It’s a book with two strands. One about wars and empires through history: what motivates conflict, how empires grab territory when the economic advantages outweigh the costs of maintinaing the colonies, why empires either collapse or survive.

This is braided with an account of how the US (and, thanks to protection of its domestic market, China) won near-global dominance of the internet and the money to be made from the internet for its own companies. Marvellous technology, an economic system favouring enterprise and investment, and active policy support from successive US governments have created the market-dominant players who shape modern life.

Hence, “The core thesis of this book is that the modern-day internet structure is economically equivalent to what, in prior times, would have been an empire acquired through aggression into new territories.” The aggression this time has involved weapons such as effective lobbying/political blackmail over tax and trade policies, control of domain names, non-enforcement of antitrust policies to enable the giants to grow, and so on. It’s an interesting analogy although I’m not persuaded that commercial and actual conflict/conquest are really similar.

The US succeeded where France’s earlier Minitel system did not, the book argues, because Minitel was a closed interface system run by a state-owned incumbent telco – whereas in the US, AOL tried this approach in the early internet days but dropped this when the attractions of the open internet to users became both evident and available through browsers and the web. “The unquestionable French lead in the release of digital technology was squandered by the country.”

This prompts two reflections. One is that the book – in asking with Europe has no internet giants – ignores the advantage of scale. When there are high fixed costs and netwrok effects, the bigger the addressable market the better.

The other is that if open beats closed in the end, are the current internet giants undermining their own success? For what they are trying to do is tie users in ever-more tightly, and exploiting this captive market to degrade their services – just think how much search results have deteriorated on Google or Amazon. Meanwhile Mr Musk is similarly degrading the attractiveness of Twitter. The width of the open goal they are presenting to newcomers with their own great technology is increasing by the day. Regulators and competition authorities can help by mandating more, much more, open data and interoperability – as the Bundeskartellamt seems to be doing.

Still, as the book concludes, we can all do something. It ends with a list of To Dos: use multiple platforms – click away from Google. Buy direct from sellers even if it’s a bit less convenient. Go to the local high street to shop. Pay for a newspaper. In short, give up just a bit of the convenience and cost-saving to keep the digital giants on their toes and maybe open the way for new ones to come along. I’m sceptical individual action will make a big difference although happy to encourage the use of Hirschman’s Exit and Voice disciplines. It’s going to take policy choices, and almost certainly by the EU, to reshape digital markets. 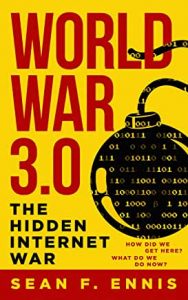