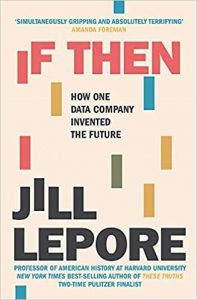 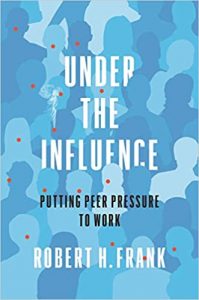 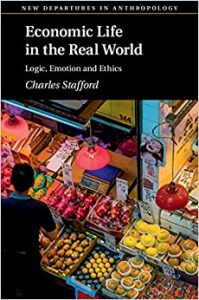 My lockdown days have become filled with Zoom meetings at the expense of reading on tubes and trains. I’m definitely going to try to cut down on the online calls, which are exhausting (& I hope tech-land is working out why, and trying to fix it).

Meanwhile, I read a very good biography of Walter Gropius by Fiona MacCarthy, another of the wonderful Maigret novels, and also The Hour Between Dog and Wolf: risk taking, gut feelings, and the biology of boom and bust by John Coates.

It’s a really interesting book about the role biological/neurological responses in decision-making, applied to the financial market context. It will surprise nobody to learn that testosterone is one of the key players, generating bull markets (hah!) and excess risk-taking. “Traders are walking time bombs, and banks invariably light the fuse, dangling before them huge risk limits and bonus payments.” There seem some obvious regulatory interventions in the financial context eg ban bonus structures and mandate 50% female employees on trading floors. The book points out that at most 5% of traders are women, even though they outperform men over the long term.

The book braids together sections on the biology and sections tracking the various hormones and nervous impulses in a financial market boom. It’s a terrific read and super-clear. The author is a financial markets guy turned research scientist and having both sets of insights is illuminating.

The part that most interested me though – and that put me on to the book via an FT article about the impact of uncertainty on our health – was pondering what it means for a computer to think and make decisions when human decision-making is so firmly embodied, driven by our physical features, the way the chemicals in the blood stream and the nervous signals shape perception and emotion. The book I’ve now started (Economic Life in the Real World by Charles Stafford ) cites Antonio Damasio’s work in Descartes’ Error: people whose emotions are affected by brain injury are worse at making ‘rational’ decisions. Reason and emotion – involving biochemical and neurological phenomena – go hand in hand. Meanwhile, we are building AIs according to an idea of ‘reason’ modelled on homo economicus. 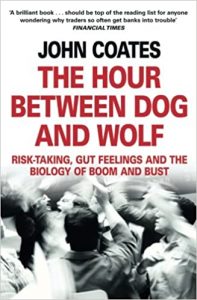 I read Cass Sunstein’s latest, On Freedom, while on the train today. It’s both slim and small – just over 100 passport sized pages – so the argument is pretty straightforward. Sunstein is addressing the ‘libertarian paternalism’ critique of nudging. His argument is that suitable choice architecture makes people more, rather than less, free. The book points to earlier responses, such as the fact that there has to be a default so why not use a better one than the status quo? There is always a design. If advertisers are constantly nudging people to eat junk food, why would you *not* want the authorities to nudge in the other direction.

The new element here is the argument that freedom of choice is meaningless without navigation aids: “Freedom of choice is important, even critical, but it is undermined or even destroyed if life cannot be navigated.” His analogy is GPS: people can choose where they want to go but should be helped find the most straightforward route. Freedom needs to be actionable. I was surprised the book didn’t pick up on the attention scarcity point so eloquently set out in Mullanaithan and Shafir’s book Scarcity; it would have been another strand to the argument.

I’m one of those made uneasy by the trend towards nudging, not being sure I do want my government treating me like one of the recipients of an advertising exec’s wiles. One chapter in On Freedom considers the prospect that preferences are endogenous and can be determined by nudges. “After being nudged, they will be happy and even grateful.” This is a highly counter-productive argument for me. Yet I see the strength of some pro-nudge arguments too. Anyway, this book is a very clear and by construction concise case for nudges as freedom.