On Monday & Tuesday I attended an absolutely terrific conference, The Wealth Project, which is about “changing how we measure economic progress,” to quote the conference strapline. The aim is to develop concepts and measures of different kinds of wealth so that policies and decisions take due account of the future potential for consumption and well-being, as well as the short term. This has been a preoccupation of mine since at least writing

as well as my

. The Wealth Project will produce a book around the end of 2016 or start of next year.

. I referred back to the recent crop of GDP books and the Inspector Chen novel featuring GDP growth as villain.

This week brings my first meeting of the Natural Capital Committee, to which I was recently appointed. This is the Committee’s second phase (set for five years), its first running from 2012-2015. As part of my homework, this weekend I re-read chair Dieter Helm’s book 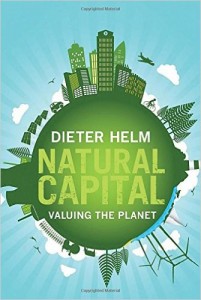 It’s a very accessible and clear explanation of why it’s important to value natural capital and how to go about it. As Dieter explains, there’s no doubt that economic growth has for some time been unsustainable. To be clear, that means that future generations (which could include our older selves) will have lower living standards because we have depleted by so much the capital stock providing economic services. (I would add infrastructure too, as part of the sustainability challenge, and there are similar issues as looking at renewable natural capital.)

The book presents the case for re-investing in natural capital in order to enable sustainable growth – it argues against the ‘no growth’ environmentalists. The mechanism it proposes is an aggregate natural capital rule: “The aggregate level of natural capital should not decline.” If there is damage done in one place, it has to be made good by compensating gains elsewhere. The rule can be applied to renewables, and can be extended to non-renewables by requiring a natural capital fund to compensate for extraction (much as the Norwegians do for their oil and gas extraction).

This is a radical change when you start to look at the amount of money that might be involved. The book suggests it is of the order of at least 4% of current GDP. And of course the details are extremely complicated. To state just two hurdles: we do not have good statistics on natural capital, although the Office for National Statistics does have a programme of work on this; and it is hard to value non-marketed assets and transactions, especially when there are substantial externalities, non-linearities and system interdependencies. Cost-benefit analysis – the only tool economics has to offer – applies to marginal (linear) changes and in practice does not try to value external benefits.

One of the book’s examples about habitats and how to think about the trade-offs compares great crested newts and nightingales. Both are protected species, but nightingales’ habitats are much harder to recreate elsewhere, arguing for a higher barrier to developing the kinds of woodland where they live. I can’t resist recounting an anecdote about newts. If you visit construction sites, as I sometimes have, there will often be a fence half a meter high around the work – to keep out the newts, which have to be carefully relocated from inside the site to outside. In my BBC Trust days, I was quizzing the great Sir David Attenborough about the fate of the poor great crested newts. He said (and who knows, maybe he was joking) that the newts had only got into the legislation by accident and the little creatures are not at all rare. Indeed, he had some in his suburban garden. If you were a newt, isn’t that the best garden you could pick as your home? 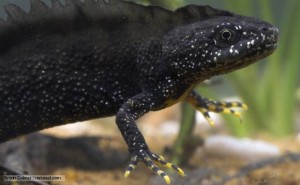 Anyway, I’m delighted to have been appointed to the Committee. It speaks to my own pre-occupations with sustainability (

) and measuring the economy (

). This is exciting territory in terms of the economics, and profoundly important in terms of all our futures.

There’s a flurry of interest about a new NASA-funded study on the prospect that our complex industrial societies are poised for collapse. It indeed sounds like a very interesting piece of work. But is this new? Jared Diamond’s Collapse was surely a forerunner. Paul Seabright’s The Company of Strangers majored on the potential fragility of the complex, intertwined global economy in which we all depend on the activities and goodwill of strangers – so far, so good but clearly vulnerable.

But the grandfather of this complexity and collapse of civilisations theme was Joseph Tainter‘s 1988 The Collapse of Complex Societies. He talks about it here on You Tube.

For me (as discussed in The Economics of Enough) the moral is that the unsustainable is never sustained, and the only question is how society moves to the sustainable trajectory – sustainability including the social and financial as well as the ecological dimensions. Collapse is the least desirable option.

John Naughton’s column in today’s Observer about governments’ online spying sent me to Cory Doctorow’s essay of a few days ago about the parallels between a secure internet and public health. Both are worth a read.

They set me thinking about the meaning of sustainability. My last book,

, was about sustainability defined broadly to include not only environmental issues but also economic assets including human capital and infrastructure and social sustainability (hence inequality). All matter for the fundamental question of whether or not future generations will be able to have at least as high a standard of living as we do. Many people in the developed economies think the answer is ‘no’ when they look at what’s happening to house prices, pensions, student debt and a lacklustre economy with no real wage growth. It’s hard to separate the effects of cycle and trend & I think it’s too soon to lose hope, but the idea of ‘secular stagnation’ is around.

Anyway, I thought about the question of changes in assets of all kinds as an indicator of sustainability. The two columns made me realize I didn’t think enough about risk questions in that book. No doubt this features prominently in the environmental literature. But when you think about various examples – the effect of floods or unrest in Thailand or the Japanese earthquake on auto industry supply chains, the vulnerability of the UK’s west country to one train line right next to the coast being washed away in storms, or indeed the extraordinary vulnerability of the whole of the global economy to malign activities affecting the internet – the sustainability of the economy is obviously in question.

I find the Doctorow/Naughton parallel with public health persuasive. How would we react if we learned that the government was dealing with the threat of bird flu by secretly developing particularly virulent strains of the virus to use on – well, on whom exactly? –  rather than working on a vaccine.

, out in May, looks at exactly this kind of question. One to look out for. He’s talking about it in Oxford soon.

On the Eurostar to and from the OECD yesterday, I read

by Michael Ignatieff, an old book first published in 1984, with my 2nd hand paperback even more mauled by the fact that the dog got to the post before I did that day.

I wish I’d read it before attending the recent Christ Church, Oxford symposium on

by Edward and Robert Skidelsky. It’s on the same territory. Ignatieff makes very clear the possibly irreconcilable tension between freedom to choose and a shared agreement on the constituents of ‘the good life’. The book starts with a reflection on the welfare state. It assumes everyone is equal, and reasonably so, but in uniformity of treatment is unable to respond to individuals’ specific needs. Hence the seeming lack of care in the way welfare is sometimes delivered to people. He writes: “We think of ourselves not as human beings first, but as sons and daughters, fathers and mothers, tribesmen and neighbours. It is this dense web of relations and the meanings which they give to life that satisfies the needs which really matter to us.” Hence the utopian aspect of Rousseau’s writing or Marx’s – freedom and happiness have to be reconciled by everybody making choices anchored in equality and fraternity.

The book goes on to explore the tension between communitarian visions of moral agreement about necessities of the good life and the restlessness of commercial society, as reflected by Smith and Hume. “How is moral virtue possible in a society which is constantly pushing back the limits of need?” The Skidelskys claim that needs were satisfied by 1974, but that seems absurd to me. Since then we’ve had everything digital, vastly improved medical treatments, longer life expectancy, lower infant mortality, central heating in most homes in the UK, and so on. Rousseau would have been happy to ban machines and trade – virtuous stasis came above freedom in his eyes.

Ignatieff doesn’t answer the dilemma of course, but the book is a very interesting exploration of how it continues to be relevant to modern societies.