Assetization edited by Kean Birch and Fabian Muniesa (a geographer and a sociologist) is an intriguing book. Given that we have the Wealth Economy project at the Bennett Institute, I wanted to understand why they and the authors included in the collection see assetization of the economy – distinct from marketization, financialization and commodification  – as a Bad Thing.
I must confess that I still don’t really understand these distinctions made between different aspects of the neoliberal capitalism being critiqued. There are some differences among the authors in the volume in how they understand assetization. The introduction sets out seven features of assetization: the creation of property rights; new kinds of property rights for intangibles; ability to extract rents; uniqueness of the asset making for monopoly power; valuations that depend on the actions of the owners; and that depend too on institutions and politics. While this is fine as a definition of an asset, albeit slightly different from the focus in economics on investment in something that exists as a stock and can give a flow return in the future, it isn’t obvious why assetization is inherently bad.
So I think the objection boils down to the classic one of putting a monetary value at all on things with intrinsic value, plus the dimension of power of the asset owner over those renting it. The time dimension of assets, and potential for better stewardship, doesn’t really feature in the book, or only as a way for the economic advantage of asset owners to be sustained rather than one-off; yet our project is interested in thinking about the economy in terms of assets or wealth because it will help embed sustainability, a concern for the future, more effectively in business and policy decisions.
The book has some very interesting chapters. My favourite was the one on the market for seeds in Germany, which is packed with institutional detail about how it operates, and the tensions between the interests of seed breeders and farmers – seeds with distinctive features enabling the breeder to charge a higher price get turned into corn which has to be a standardised commodity to trade on the market. It reminded me of one of my favourite books, John McMillan’s Reinventing the Bazaar. The chapter on natural capital seemed to consider the debate about natural capital accounting in the measurement and environmental economics communities as being concerned with assigning property rights to nature, which is not the case. The chapters in the first section concern intangible property rights, a very interesting area. It was a bit surprising not to see reference to cases like John Deere, whose tractors farmers think they are buying, but John Deere’s claims of IP over the software has turned these transactions into rentals rather than transfers of ownership.
So on balance, having found it a very interesting read, I conclude that we are speaking different disciplinary languages. However, the language choices we economists make are delicate if we want to engage in a good debate with those who see economics simply as the handmaiden of actually-existing capitalism: I’ve been mulling over the standard economists’ use of ‘human capital’ in the light of BLM: Jacob Mincer, an originator of the concept, was apparently uneasy about the term and many people, reasonably, find it offensive. But is there a neutral (shorthand) way of talking about putting resources now into people’s future opportunities?
The concept of an asset whose value inheres over time, and depends now on what kind of future we create, is fundamental to building a sustainable economy. But are there other words for things you can invest (either time or money) in for both the present and the future? If there were, it would help economists have a better conversation with other disciplines and the public about what we value (not just money!), how and why. 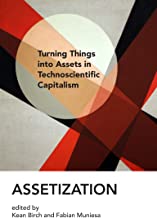 Meanwhile, this is from Trick Mirror, essays by Jia Tolentino, which I just finished. It’s an excellent, thought-provoking series of extended reflections on what life online is doing to us, and particularly how it interacts with the social constraints on women. As she says here, venture capital is social capital. In fact, capital is social capital.

This is why our Wealth Economy project started with what some people thought was the quixotic aim of measurement of social capital. But if economists think it’s so important – and we do, we just call it ‘goodwill’ or ‘institutions’ or some other term – we’d better be able to give it empirical life. So far, so good, in our work – the UK’s Industrial Strategy Council has taken up the social capital metrics produced by my Bennett Institute colleagues Matthew Agarwala and Marco Felici. But much left to be understood. 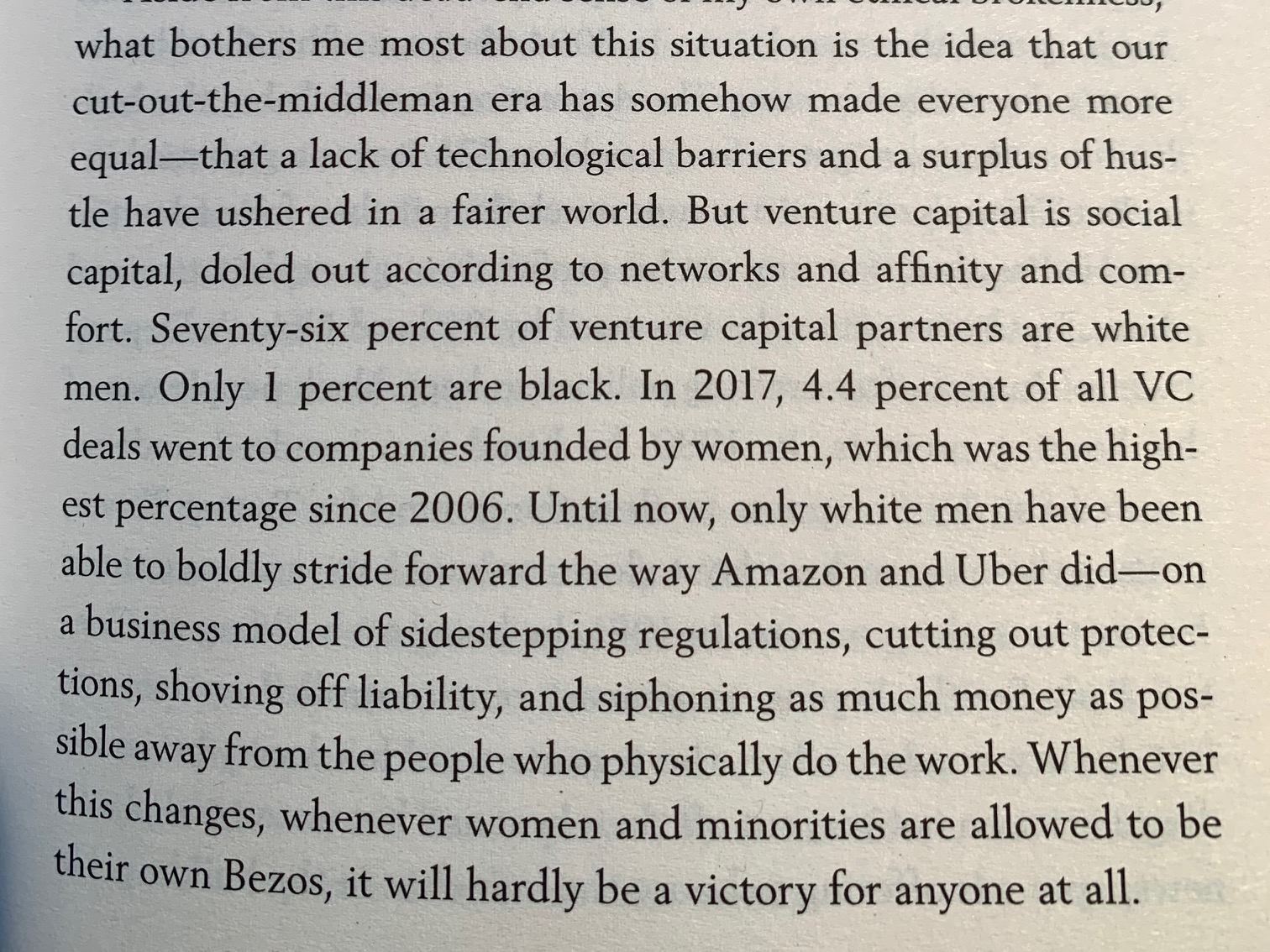 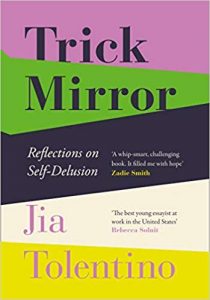