In my recent reminiscences about Peter Sinclair, one of the memories was that he had sent us pre-reading for the summer before we started at Brasenose. The one I could remember was Roy Harrod’s The Life of J.M. Keynes. As I write down in my notebook everything I read, I was able to go back to the summer of 1978 and see what else I had read before starting the course. Peter’s other choice, it turns out, was Economic Philosophy by Joan Robinson. 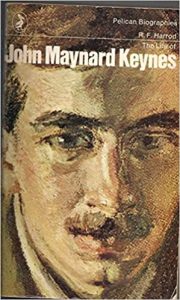 Our philosophy tutor, the late Michael Woods, recommended Bertrand Russell’s The Problems of Philosophy. Vernon Bogdanor, presumably mindful of the limitations of the British A level curriculum and the first term’s politics course, suggested: America in the 20th Century, Democracy in France since the 18th century and  20th Century Russia.

It underlines again how lucky I’ve been in the education I received.