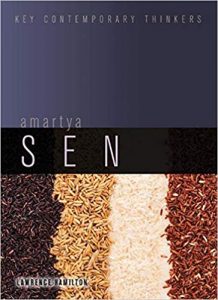 I’m improving my Public Policy Economics course ready for the next academic year at Manchester (hello, prospective ECON20431 students, if you’re reading this blog!) One of the areas that troubled me last year was how economics treats questions of social welfare in public policy analysis. I thought it was just me, as it had been many years since I thought about it. Having just finished Daniel Hausman’s

, I’m reassured that it is just difficult territory.

The book has two big points. One is to argue that ‘preferences’ in economics is used, and ought to be used, to mean subjective comparative evaluations that include all relevant considerations – including moral imperatives, social norms, passions, whims. This obviously does not mean the same as everyday usage of ‘preference’; in everyday language we consider moral duties can conflict with preferences, for example. It also means self-interest can’t be built in to preferences. “Preferences are the outcome of demanding and poorly understood processes of comparative evaluation.” People might often take short cuts (as per

) or be vulnerable to certain biases (per

Preferences are then combined with beliefs to determine choices. Hausman argues that economists often ignore the role of beliefs or judgements about the choice environment because they tend to assume people’s beliefs are correct.

His second big point is that economists should not and cannot then say that what determines preferences is a matter only for psychologists or other social scientists; economics itself has to engage with the question of preference-formation.

I agree with Hausman so far. I am less clear about the part of the book that is about preferences and welfare. He argues that the satisfaction of people’s preferences is evidence that their welfare is being improved, but that welfare cannot be defined as the satisfaction of preferences, as economists assume. I don’t understand the second part of this: he says it is because preferences are not defined by self-interest, but I don’t follow why welfare has to be defined by self-interest rather than being defined by preferences (including moral imperatives, emotions etc). Hausman then goes on to assume policies should aim to improve social welfare, which is fine if you agree with the definition of welfare. But he asks why policy should be sensitive to people’s preferences beyond the promotion of their welfare, and goes on to discusss the behavioural economics findings that people might often not be good judges of their own interest. He challenges methods such as contingent valuation, because they reflect people’s sense of moral obligation, for example. That doesn’t seem to me to be a problem at all.

I think my difficulty with this is that as soon as you posit an ‘objective’ concept of welfare as what is in people’s best interests, and allow this to diverge from their preferences – especially in this wide sense which can include concern for others or for absolute moral imperatives – you are in the territory of social scientists determining what is best. Indeed, Hausman agrees that if people do include the seeking of their own benefit and are good judges of circumstances, preference satisfaction is a good indicator of welfare; and even if not, it might be better than a third party deciding.

Anyway, an interesting book (& there’s much more than I’ve summarized here including a discussion of

‘s approach), even if it hasn’t saved me from having to continue puzzling over this territory.