In preparing for a small workshop I’ve co-organised* in Oxford tomorrow, on “Rebooting Welfare Economics”, I’ve been browsing my bookshelves. Two titles jumped out: Ariel Rubinstein’s wonderful Economic Fables (winner of the first ever Enlightened Economist annual prize in 2012 – I’ve only just realised this blog is 10 years old) and John Hicks’s The Social Framework. Hicks states (p3 of my 1947 edition): “Economics studies facts and seeks to arrange the facts in such ways as make it possible to draw conclusions from them.” The positivist claim to separate ‘facts’ and positive knowledge from the normative shines out (see Chapter 3 of my Cogs and Monsters). Rubinstein says (p15): “Economic theory is concerned precisely with the abstract concepts related to the interaction between people.”

People or facts? I’m in the people camp. 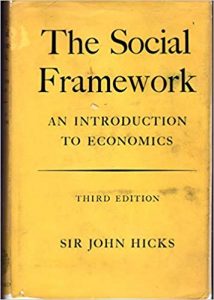 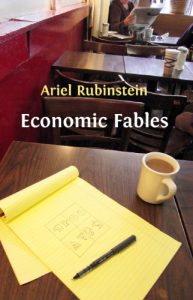