I recently re-read Joseph Stiglitz and Bruce Greenwald’s (2014) Creating a Learning Society: A New Approach to Growth, Development and Social Progress (slightly amazed at how many years ago it was published, as I remember hearing Joe Stiglitz give a talk about it in Toulouse when it was just out. Seems much more recent in memory.)

It’s a masterly reframing of how to think about economic development and importantly appropriate policies in terms of quite simple models that are completely compatible with mainstream economics. The policy mix runs counter to what one could describe as conventional (mainstream) wisdom. The book advocates strategic industrial policy – because the models all involve hysteresis, so history matters and policymakers need to think about the path from here to the future; less extreme (albeit enfroced) IP rights because creating the incentive to innovate from a given pool of knowledge has to be traded off against a smaller pool of knowledge; trade/infant industry protection because learning by doing and learning from experience make production important to grow the pool of knowledge. The message about market structure – competition/concentration and static vs dynamic efficiency – is that it’s complicated. There’s no simple relationship. 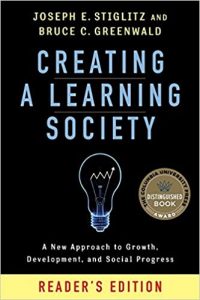 Above all, when technology is endogenous there can be no presumption that market outcomes are efficient, and policies need to think about how firms and society learn, and not just about allocative efficiency. It’s a great book for students because it demonstrates how to use models to think about complex policy options, and also that it is not bad economics to challenge market first-ism. Although pitched at developing economies, I went back to it to think about the levelling up challenge within the UK economy. Knowledge sticks to people, who stick in places, and as it accumulates places can diverge a lot over time. Given that innovation also requires adequate scale and some means of mitigating the uninsurable risks associated with it, the need for significant policy interventions seems clear to me.

I’ve now read Jeremy Farrar’s Spike: The Virus vs the People – the Inside Story, as a follow-up to Vaxxers, and found it also very interesting. It’s less gripping as a personal memoir, although it does track his own involvement in pandemic policy via SAGE (in the UK) and WHO and other international organisations. On the other hand, it is enlightening as an insight into the dysfunctionality of decision-making in the UK & in this way is a companion to Michael Lewis’s Premonition about the US pandemic lack-of-preparedness. Farrar writes: “Many of the UK’s biggest successes during the pandemic were achieved by teams working outside formal government structures and agencies.”

We will (eventually) have an inquiry into the handling of the pandemic by the Westminster/Whitehall and devolved governments but reading Spike makes it clear that any debate about the future governance of the UK or about co-ordination between levels of government within England and the other nations absolutely needs to include lessons from the pandemic. My starting hypothesis will be that across countries there will be a strong correlation between eventual excess death rates and the competence of government, the state’s ability to co-ordinate in a crisis. The pandemic has exposed fragilities of governance.

Formal structures of government are one thing. Another message I took from Spike is the importance of personal relationships and the serendipity that introduces: “I thought, probably like most people, that the world works through official or formal channels but much of it operates through private phone calls and messaging apps.” This absolutely speaks to my bias that as soon as possible we should get back to conferences and in-person meetings. The nature of online communication is such that it excludes much exchange of tacit knowledge or small bits of information, not to mention trust-building.

The book has unflattering things to say about a number of people involved in pandemic response, not least some leading politicians; and praise for the dedicated scientific leadership. There are clearly different accounts (from the political and SAGE sides) about who said what when at key stages, particularly summer into autumn of 2020, which I guess an inquiry might get to the bottom of; Spike should perhaps be subtitled ‘an inside story’. The pandemic is not over either, and your ranking of which countries did worst will depend on your metrics: case numbers, cumulative deaths, cases and economic hit combined. Unfortunately the UK does not do well on any of these: something for us to ponder.

I *highly* recommend Vaxxers by Sarah Gilbert and Cath Green, two of the Oxford covid vaccine team. It’s a great read, explains the science really clearly, and is full of interesting detail about the process from the prior research, the realisation of need very early in 2020, all the way through to manufacturing and vaccination campaigns. The two authors have written alternating chapters. A few points will stick with me:

I’ve now started on Jeremy Farrar’s Spike, which also looks like being a gripping read. 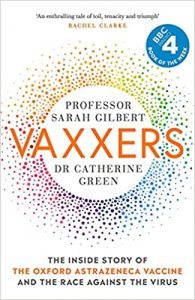 The other book I left half-finished before our holiday was Rebellion, Rascals and Revenue by Michael Keen and Joel Slemrod. Believe it or not this is a very jolly book about taxation – covering textbook issues such as tax design, tax burden, tax administration etc. The underlying message about the economics is: it’s complicated. Indeed, it isn’t just about economics, but tightly intertwined with politics and power. The implicit follow-on message: there cannot be an ideal tax system good for all time. Indeed the book ends with the challenges posed by globalisation and digitalisation, suggesting some possible solutions – even hinting at the prospect that land value tax is one of these.

The fun comes in through the many historical episodes of taxes going wrong. This makes it a kind of tax version of the wonderful Crewe and King Blunders of Our Governments, which I always put on my public policy economics reading list. The book takes us from medivaeval times to the present and around the world (albeit with a US-UK bias). The knowledge and range of the authors is impressively encyclopaedic, and the quality of the writing is superb.

So I greatly enjoyed reading the book with the slight reservation that it isn’t clear who the intended audience is. At 500 pages with detailed footnotes it is a bit long for the general reader, unlikely to get picked up in airport bookshops (remember those?) I could see recommending sections to students for a bit of light relief as well as a non-technical account of issues they are covering in their public finance courses; but it isn’t a text book. There isn’t a discernible narrative, chronological or analytical arc – it’s episodic and didn’t seem to suffer from my reading it in separate chunks. Having said that, the book will answer any question you might ever have had about taxation in principle or practice and is highly entertaining too. What a combination. 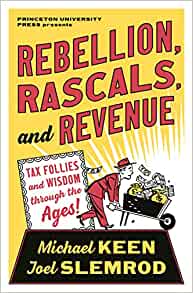 It’s been the holidays, and I was part way through two books before we even left to go to the West Wales seaside. So this is a bit of a round-up.

One of these was The Party and The People: Chinese Politics in the 21st Century by Bruce Dickson. For someone like me who knows so little – reading a bit, two trips to Beijing – this is a wonderfully informative book. There is a lot about the institutions and processes of government, including the importance of the regions, and post-Mao developments in politics. Each chapter addresses a question – for example, How are Leaders Chosen? Does China have a Civil Society? – with a mild inclination to debunk received wisdom (such as the trope that China is becoming more nationalistic over time – it is one of the most nationalistic countries along with the US but if anything that is diminishing over time). There’s very little on the economy, the focus is entirely politics. I took away two messages: the over-riding concern of the Communist Party with social stability and its own role; and the fact that Xi Jinping may have destabilised an unusually stable regime by undoing the system that was in place to limit leaders’ terms and have an orderly succession. Highly recommended. My sense is that even real China experts would find this interesting. 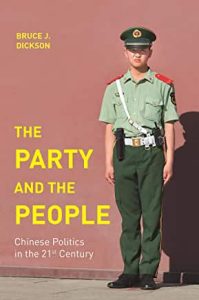 I’ve also re-read after many years Scott Lash and John Urry’s Economies of Signs and Space (1994), which I first read in 1997, just as my first book The Weightless World was published. They cover (from the sociological perspective) exactly the same territory as my book and I must say I think we were all equally prescient about the kinds of changes being brought about by digital technology and the subsequent structural changes. One way in which they were far ahead of me though was identifying the importance of environmental pressures – I’d forgotten it was in there. Another difference between them and me is in their conversation with the literature on post-Fordism, emphasising changes in consumption rather than production; economists are generally not all that familiar with that literature. Anyway, I went back to it because I have the honour of giving this year’s Urry Lecture at Lancaster University in late October. 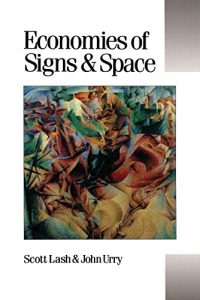 Other holiday reads: Peter Godfrey-Smith’s Metazoa, an absorbing account of what other creatures can feel and think (who knew fish can distinguish blues and classical music); Jean Rhys’s brilliant Wide Sargasso Sea; Eric Ambler’s Mask of Dimitrios with the frisson of the mood of the late 1930s and that sense of inevitable upheaval on the horizon; Legacy by Thomas Harding – a history of the Lyons commercial empire from a single immigrant entrepreneur in the late 19th century to one of the UK’s biggest food producers and retailers which en passant invented the LEO computer and was then broken up by the late 20th century.