By chance, I’ve read a few books about places this week. Two were sent by an academic friend: Pico Iyer’s The Global Soul and Marc Augé’s (1992) Non-Places: An Introduction to Supermodernity. The third was a treat to self, Gareth Rees’s Unofficial Britain.

I enjoyed The Global Soul, not least because it travels all over the world and I have so had it with lockdown. I’ll be back on trains and planes as soon as anybody lets me. The book sent me off into pleasant reveries about cities I’ve visited and the best hotel rooms. Although Iyer worries about the delocalisation of his kind of life, my experience is that places are – still – very different. You can always tell when you’re Abroad. That’s why I like it so much. The difference is stimulating.

Non-places is another matter. The only thing I could understand it to be saying is that many people can no longer be identified by being tied to a bounded geographical locality, and there are these deracinated transient spaces like airport lounges and car parks. Either gibberish or banal.

Unofficial Britain was the best antidote to Non-places, being a celebration of exactly such locations – multistory carparks, under motorway flyovers, hospital corridors, travellers’ hotels. As Rees observes, they all have a quite distinctive culture and even inhabitants, and are often places of heightened emotion. We just don’t see them generally. I tore through this book, which took me from hairs rising on the back of my neck (ghosts in suburbia) to howling with laughter (the motorways chapter – it alone makes this book worthwhile). What’s not to like? 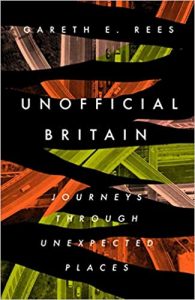 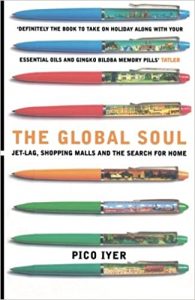 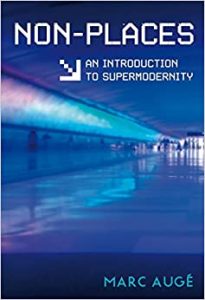