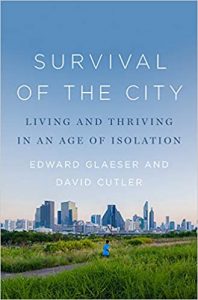 Today’s the day – another book, by me, launched on the world.
Cogs and Monsters: What Economics Is and What It Should be is a reflection on how economics needs to change, with three main arguments.
One is that the profession is shockingly non-diverse, one of the worst academic disciplines for representation of women and people of colour, and this is intolerable in a social science: how can economists’ even know what questions to ask if there are so few with different experiences of life?
A second is that the long tradition of arguing that economics is like engineering, dentistry or plumbing, seeking objective answers to well-defined problems, so that ‘positive’ economics can be separated from value judgements about questions like inequality, is fundamentally incorrect. Economists’ concept of ‘efficiency’ is itself value-laden, and economists cannot stand outside the society they analyse – although of course seeking to be as objective as possible, using evidence, is to be welcomed. (Page 99 concerns the quality of evidence.)
The third argument is that the benchmark model from which economic reasoning starts is simply misleading in the modern economy of increasing returns, pervasive social influence on each others’ variable preferences, and network dynamics. Economic analysis should concern institutions and not focus on markets. The top academics know this and do outstanding work recognising these features of the world, but it has not changed the basics. For example, the instinct is to start with ‘the market’ and find ‘failures’; but it’s all failures out there and we should be starting with ‘institutions’. And the academic discipline concentrates on quantitative answers to narrow, well-defined problems, instead of tackling the big questions of today.
These are related issues. One reason the same kind of people keep selecting into studying economics is because it speaks to their experiences and preoccupations and not those of different groups. To caricature the top economics departments unfairly – because lots of great work is done by these academics – they have become like Silicon Valley bros. There are lots of parallels between the Econ and tech worlds, including His being coded as ‘homo economics’. But at least everyone is talking about AI ethics. This needs to happen in economics too, reviving political economy and rebooting welfare economics.
I expect critics of economics to agree and lots of economists to disagree. They will point to great papers about X, Y and Z, and will be correct. But the complacency troubles me, the failure to recognise that so few people want to study economics because of the way it is, and that so many blame it for the state of the world. 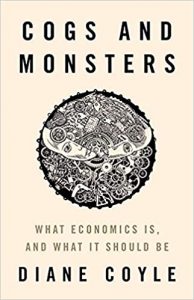 Like buses, books about the state of economics seem to come along together. Tomorrow sees the publication of my latest, Cogs and Monsters: What Economics Is and What It Should Be – more on that tomorrow. Do join the launch event if you can.

Meanwhile, I read Steve Keen’s recent book The New Economics: A Manifesto. His focus is far more on macroeconomics than is mine, and some of his arguments (about macrodynamics and Minsky’s insights) will be familiar to readers of his earlier book. This new book also covers the environment: its critique of the Nordhaus approach to integrated modelling, that led to a downplaying of the costs of delaying action against climate change, will find hearty agreement among the environmental economists I know. However, even very mainstream people like Daron Acemoglu have joined the call for a more urgent economics of climate change.

I like the book, which is aimed at students embarking on an economics degree, to open their eyes to the limitations of what they’re likely to be taught. Yet having said that I agree with a lot of the arguments in The New Economics, I don’t share the sense that a monolithic ‘mainstream’ of neoclassical economists is determined to resist change becuase they are bad or stupid people. But then, I don’t regard myself as heterodox, and I’m always keen to point out how much brilliant work is going on in the subject, albeit generally in applied micro, because there’s a lot of misundertaning about what economists generally do. My diagnosis is a combination of not stopping to think and institutional inertia (top 5 journals, promotion criteria, disciplinary silos etc.) But more on my book in tomorrow’s post! 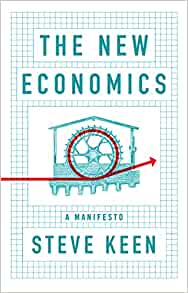 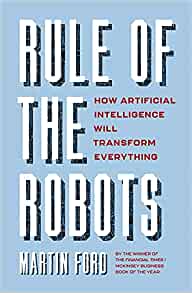 I confess to having read a couple of novels this week (The Truth About the Harry Quebert Affair and Tokyo Year Zero) but prior to this, on my travels to and from Italy, I read George Packer’s Last Best Hope: America in Crisis and Renewal. I’d bought it because his big book on US decline, The Unwinding, was so good. This is a short diagnosis of the US as a failed state ending with – despite everything – a positive vision of how to get to the renewal part. In this, Packer casts back to the New Deal and Great Society, particularly some of its relatively unknown architects (Frances Perkins, Bayard Rustin).

It was striking how US-specific the diagnosis is, even though so many of the headwinds are experienced elsewhere – deindustrialisation, geopolitical pressures, demographic and therefore political change, etxreme inequality. I think it is probably because the US is today, like Britain at the start of the 20th century, in such a highly distinctive situation. The same tides are washing over different sandcastles.

One surprise was finding myself sharing a theory of change with Milton Friedman. Quoted here, Friedman wrote: “Only a crisis brings – actual or perceived – produces real change. When that crisis occurs, the actions that are taken depend on the ideas that are lying around. That I believe is our basic function: to develop alternatives to existing policies, to keep them alive and available until the politically impossible becomes the politically inevitable.”

Anyway, Last Best Hope explores previous crises in order to identify what alternatives might now reduce divisions and restore democracy in the US. For all that Packer tries to end on an upbeat note, I’m not sure I believe this is possible. For those of us who grew up with the positive vision of American dynamism, egalitarianism, and opportunity (alongside all its obvious terrible flaws), this is pretty depressing. As Adam Tooze concludes his excellent new book, Shutdown (which I’ve reviewed for Democracy, due to be online soon), history has come for us all. 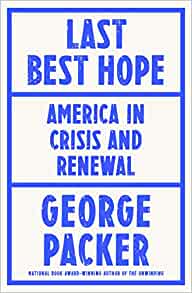