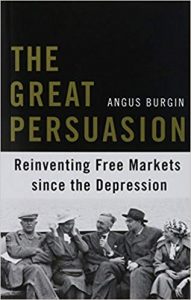 I’ve been enjoying paging through Steven Medema’s The Economics Book: from Xenophon to Cryptocurrency, 250 Milestones in the History of Economics, not least because it has lots of lovely pictures. It’s a history of economic concepts –  that starts in 700 BCE with Hesiod to cryptocurrencies in 2009. Each entry has a beautiful illustration, no mean feat when it comes to illustrating Dynamic Stochastic General Equilibrium (a photo of the ECB), National Income Accounting (women washing dishes at home and hence not contributing to GDP), or Utilitarianism (Jeremy Bentham’s catalogue of the different sources of pleasure and pain). The pictures make it exactly the kind of book you’d be happy to have on the coffee table but it’s more than that: the selection of concepts and the capsule explanations do make it a useful starting point for people who’ve maybe read the terms or think they ought to know something about economics but have no idea where to start. They can start here without embarrassment (Hicks-Allen consumer theory, the School of Salamanca, the Shapley value….) and follow up elsewhere. It’s also a bargain – get the hardback, not the Kindle version. 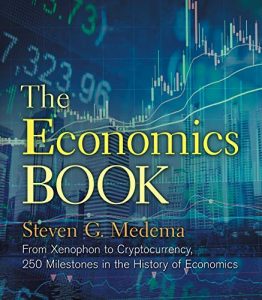 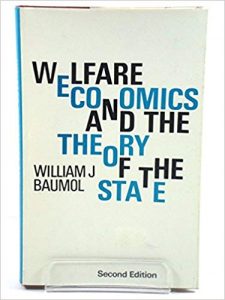 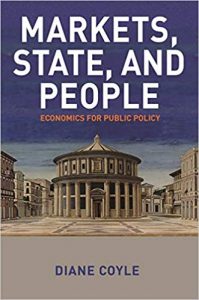 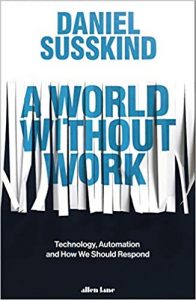 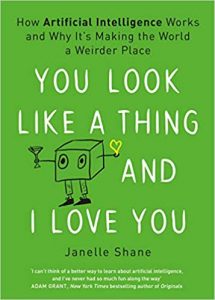 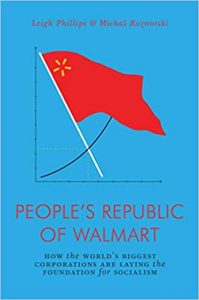 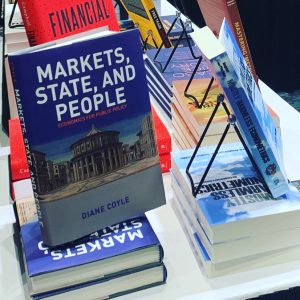