I’ve been reading Frank Trentmann’s Empire of Things: How We Became a World of Consumers, from the 15th century to the 21st, which has taken a while as it’s 600+ pages. It has been an enjoyable read but with two flaws – more on these later.

The book does what it says in the subtitle, drawing on a major research programme, and is truly impressive in its scope and detail. It traces global (and genuinely so although with a strong tilt to the West) trends in consumption through the long sweep of history. It links these trends in behaviour to trends in thought about personal and social ethics, and the individual in the family and in society. It addresses the entire chain of production and consumption from resources to waste. It draws on a wide array of disciplinary knowledge, including philosophy, history, sociology and even some economics.

The book sets up a tension through all of this material: “The view that being and having are opposites … has a very long history. But so has an alternative trajectory that sees people as only becoming human through the use of things.” Among other forces, technology keeps this tension alive over time, as new things keep on appearing. And it’s interesting to see that certain things are particularly compelling – stockings for one. The 17th century knitting framemade better, cheaper stockings possible, and the early national accountant Gregory King estimated in 1688 that 10 million pairs a year were purchased. This reminded me of the tidal wave of nylon stockings sold by Dupont – 800,000 pairs on 15 May 1940, the first day of sale, alone.

Consumption clearly depended on rising incomes, and the book traces a switch to “the creation of value through consumption, not just production” from the 19th century – it argues that consumer society has its roots in the Industrial Revolution rather than as is often argued the post-war boom. There’s an interesting couple of sections – in the light of the way technology is currently blurring the previously sharp consumption/production divide – on the role of consumer durables. I disagree with Trentmann’s suggestion that, “The appeal of goods such as the automatic washing machine was far from self-evident.” He notes that the aggregate time spent on household work was not reduced significantly by such consumer durables – and then observes in passing and ignores the class distinctions. Middle class women were decreasingly likely to have servants and did more of their own housework. Working class women – like my mother and Hans Rosling’s – were truly given hours of time by automatic washing machines. John Kenneth Galbraith (I’m sure he never did an iota of laundry in his life) said consumer durables enslaved women; but even if – as he argued – easier washing meant more washing to have cleaner clothes, why is this not a better outcome?

Turning back to that original tension – does our relationship with things dehumanize us or the opposite? Is consumerism basically bad or good? – I’m with Hume. As Trentmann describes the Humean view: “An encounter with a new object was one way in which intelligence and feeling were inspired and strengthened.” (And isn’t this one of the big questions about AI and consciousness – can intelligences without sense perceptions become conscious?)

The modern no-growther’s disdain for consumption seems to me to be of a piece with the instinct in the past that gave us sumptuary laws. Rich folk thought poor folk should stay in their place, dressing up the restrictions on the purchases the masses were allowed to make in moralising garb. But as Adam Smith put it, it was, “[T]he highest impertinence and presumption for kings and ministers to watch over the economy of private people, and to restrain their expense, either by sumptuary laws, or by prohibiting the importation of foreign luxuries. They are themselves always, and without any exceptions, the greatest spendthrifts in society.” Of course we need to pay far greater attention to resource use and to waste, but it is the affluent who are cavalier about the importance of growing real incomes and consumption – Janan Ganesh in his column today describes them as ‘too-rich-to-care bohemians’.

There is lots to enjoy in Empire of Things, therefore; I’m exactly the kind of reader who likes detail of the sort its pages are packed with.

I would have liked more economics, and more figures. There is a nice section on the mutual interaction of prices and tastes, as with the switch in British taste from coffee to tea in the later 1700s: a chart of tea and coffee prices would have been nice. But I have two bigger criticisms. One is that the book seriously needed an edit. The argument gets swamped in detail and it should have been 25% shorter. Some sections, especially those on non-western trends, fall between two stools – insufficiently detailed in themselves but enough to distract from the flow.

The biggest issue I have, however, is that the book never addresses the distinction between material and non-material consumption. It puts really a great deal of emphasis on the physical nature of consumer goods – and then skips to a discussion of some non-material aspect of consumption such as public health measures or public education, or leisure activities like the cinema. The issue of increased expenditure on services and intangibles is dismissed in just over two separate pages (out of 690), by saying that spending on housing, transport and food combined accounts for the same proportion of the household budget in 2007 as in 1958; and that in the OECD as a whole material consumption rhas continued to rise. Yet people are spending a growing proportion of their incomes on warmth, space, travel, variety, quality, entertainment as they grow richer. The immaterial is embedded in the material, and there is absolutely no reason to be complacent about the environmental footpring of the global economy; but (even knowing I may be biased about this) it is surely a significant development in the history of consumption (albeit a transition of affluence) that value is being created largely by the non-material now? (The forthcoming Capitalism without Capital by Jonathan Haskel and Stian Westlake addresses this.)

Still, it’s probably a good sign when a huge book leaves you more inclined to ask for more rather than wishing there had been less, and the balance tips that way for me despite it being in need of a blue pencil in parts. 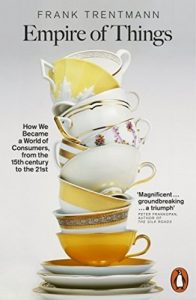 I’ve already posted about the new season catalogue from Princeton University Press. Now the Harvard and MIT presses have sent their tantalising autumn/winter catalogues. Harvard is offering A Century of Wealth in America by Edward Wolff; Eli Cook on The Pricing of Progress: Economic Indicators and the Capitalization of American Life (this really looks my kind of book); and Giacomo Corneo’s Is Capitalism Obsolete? A Journey Through Alternative Economic Systems.

At MIT Press, The Chinese Typewriter by Thomas S Mullaney (“how Chinese characters triumphed over the QWERTY keyboard and laid the foundation for China’s information technology successes today”) looks tempting. I’m intrigued also by Robot-Proof: Higher Education in the Age of Artificial Intelligence by Joseph E. Aoun; and Once Upon an Algorithm: How Stories Explain Computing by Martin Erwig. (“How Hansel and Gretel, Sherlock Holmes, the movie Groundhog Day, Harry Potter, and other familiar stories illustrate the concepts of computing.”)

As it’s been one of those busy periods when I buy books because it allows me to fantasize about long, idle days sitting in the sunshine reading (hah!) (and I just spent three days at the Hay on Wye book festival), people really need to stop publishing interesting new titles for a while so I can catch up. 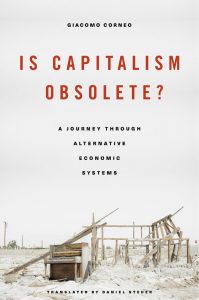 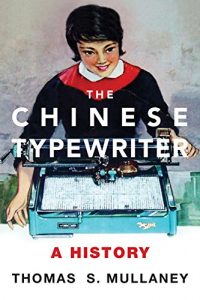 Having slightly daunted myself yesterday with the in-pile of books here at Enlightenment Towers, I picked up the Autumn 2017 catalogue from Princeton University Press. As they have the good judgment to have me as one of their authors, it’s no surprise that the list is full of what look like terrific new books :-). I’ve read in proof both Capitalism Without Capital by Jonathan Haskel and Stian Westlake – an overview of the importance of intangibles – and Eloi Laurent’s Measuring Tomorrow – about the practicalitles of measurement ‘beyond GDP’.

There are so many other tempting titles it’s hard to pick out just a few. But how about The Infidel and The Professor by Dennis Rasmussen (about the friendship between David Hume and Adam Smith), Janet Browne’s The Quotable Darwin (I loved, loved, loved her Darwin biography), Scott Page’s The Diversity Bonus (he wrote the excellent The Difference), and Reputation: What it is and Why it Matters by Gloria Origgi (she’s appearing at the Festival of Economics in November, in another excellent line-up, which we’ll be announcing in July). 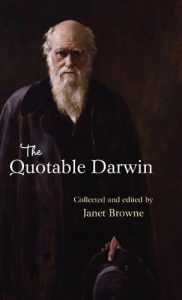 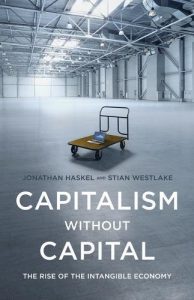 “Tsundoku is the condition of acquiring reading materials but letting them pile up in one’s home without reading them.”

Which shall I read next? 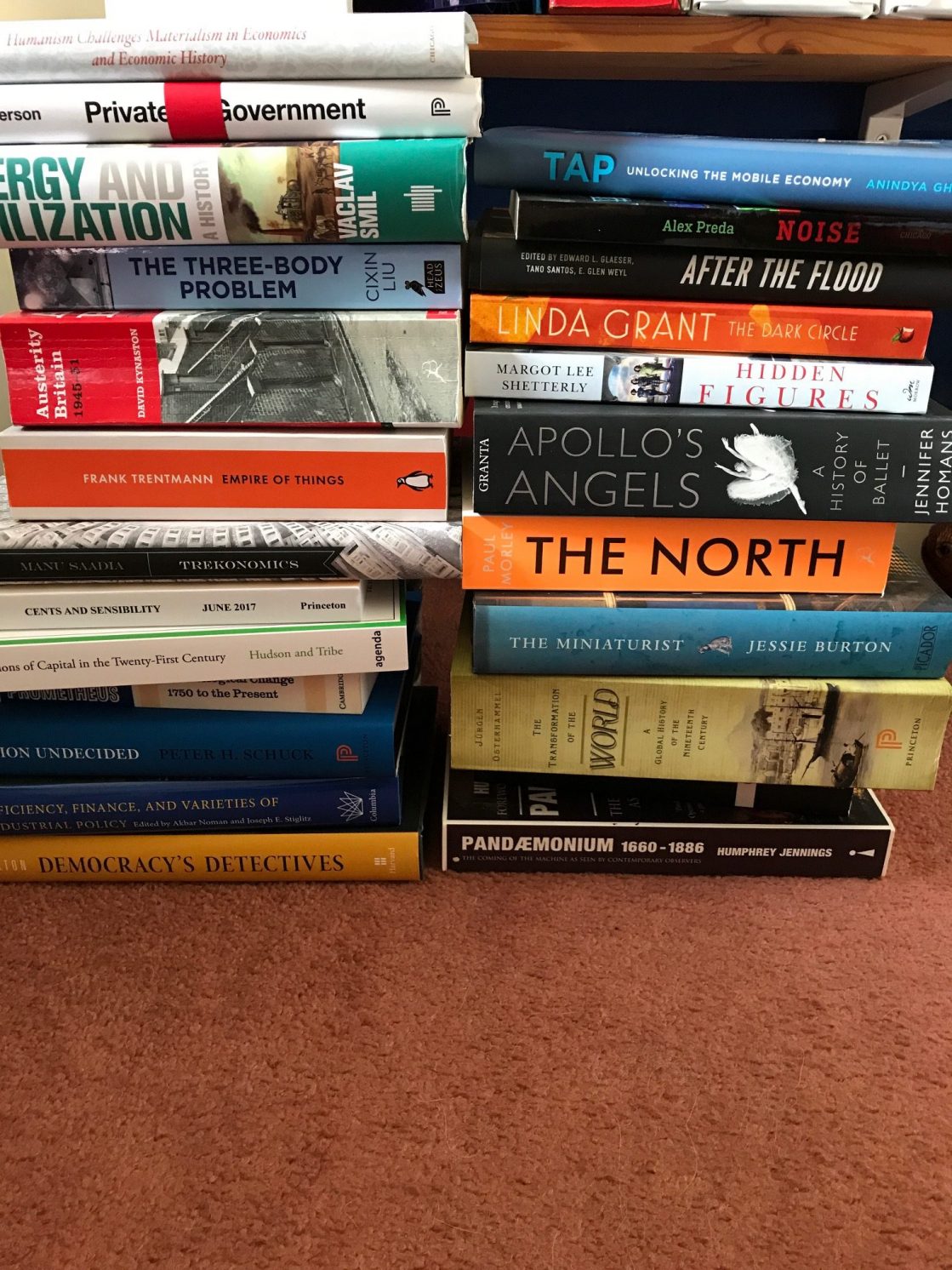 I’ve finished reading Will Baumol’s (1952) Welfare Economics and the Theory of the State. It’s a short and seriously impressive book, essentially pointing out that if you assume individuals do not either influence each other’s preferences or affect each other’s profits then you conclude that individual maximization delivers the most efficient outcome and the role for the state to restrict or co-ordinate activity is minimal. The laissez faire argument is inherently circular. However, social influence on preferences is pervasive, production by individual firms is interlinked when there are any economies of scale, and externalities in production and consumption are common. The book anticipates – briefly – much of the work done in the following decades in social choice theory, public choice, and Ostrom-style institutional political economy.

What makes it all the more impressive is that (a) it was Baumol’s PhD thesis and (b) he had read historical works including those in French and German – the book cites Petty, Say, Bastiat etc. He apologizes for not being able to read Italian. Clearly, Baumol was exceptional even for his time and surely was a serious miss by the Nobel committee; but I can’t imaging today’s PhD students ever dreaming of looking at any ‘history of thought’ texts, or (at least for the Anglophones) thinking it might useful to have a foreign language. They don’t make economists like they used to. Reform of the undergraduate curriculum has real momentum now (at least outside the US); time to turn our attention to the graduate courses?