There are certainly books I’ll have missed in my somewhat haphazard look through the catalogues. Previous days’ posts have looked at the offerings from some university presses. Today, here is a brief round up of economics books (and any others that appeal to me) from general publishers – again, it will be less than comprehensive. But there’s still going to be plenty to read this spring & summer. Happy New Year to all!

So, in no particular order, except for the first and last:

A few from the Penguin stable especially Allen Lane:

The Price of Time – Edward Chancellor -a history of interest rates

The Power Law – Sebastian Mallaby – about the venture capital business

A Pipeline Runs Through It – Keith Fisher – a history of oil

The World for Sale by Javier Blas & Jack Farchy, about commodity trading

And a reissue of a 1944 classic, Capitalism and Slavery by Eric Williams

The BBC: A People’s History – David Hendy (it is the BBC’s centenary year after all)

Money in One Lesson – Gavin Jackson

The Lords of Easy Money: How the Federal Reserve Broke the American Economy by Christopher Leonard, about QE, will appeal to some readers.

Also on my list, The Hong Kong Diaries – Chris Patten – because I worked with him for some time at the BBC Trust.

Last but not least, a fantastic upcoming offering from my Perspectives series with London Publishing Partnership is Stephanie Hare on tech ethics: Technology is Not Neutral. 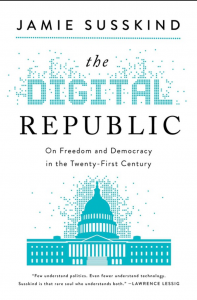