As there’s not much to do this holiday other than go for walks and read, and the dog has her limits in terms of walking now she’s 14, I’ve polished off (as well as Veblen) Robert Nisbet’s (now quite old) HIstory of the Idea of Progress, and a thriller, Greed, by Marc Elsberg.

The Nisbet book is quite interesting – apparently it’s a standard text for certain courses but was published after my time in the lecture hall. The book defines the idea of progress as a threefold phenomenon: a reverence for knowledge or science; a belief that it comes about through humanity’s own efforts; and a sense of incremental gain over time. The movement forward through time is a key aspect: Nisbet argues that the idea of progress had a setback during the Renaissance – contrary to what one learned at school – because of the widespread belief that the Middle Ages had been a regression from ancient Greece and Rome, and the belief in cycles that never moved on rather than forward momentum. Inherent, too, in that momentum is the ability to look forward to things getting better in future.

The read across to economics is obvious. ‘Growth’ is really another word for progress. I’m obviously interested in how we ought to be measuring (and thinking about) changing living standards: if policies are supposed to make things better, then what constitutes better and for whom? The advocacy of well-being or happiness, or degrowth, is in effect a claim for the benefits of stasis rather than forward movement. It’s well-known now that although happiness measured on any finite scale (a stationary time series) will not be correlated with income per head (a non-stationary series) over any length of time; but is correlated with growth in income. I wonder whether that’s a fundamental link and not just a statistical correlation? Or to put it another way, if people in two countries today have the same median income per capita but one has been growing and the other static, what should we expect about their well-being?

Anyway, mulling all this over for a lecture this spring. And good to fill gaps in one’s education anyway. 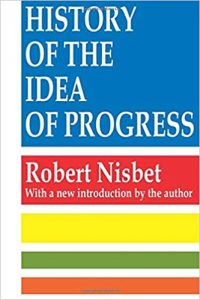 Greed is a page-turner about the murder of a Nobel prize winning economist at an ur-capitalist summit to prevent him giving a speech that would mathematically prove that a communitarian economy will grow faster than an individualist one. The mega-rich hedge fund guy is the murderous villain, and the Berlin anarchists win the day, having defied death many times over. The author has drunk the London Mathematical Laboratory/Ole Peters kool aid, for anyone interested in the character of the proof. Still, it’s set in Berlin, has lots of chases, and chunks of economic discussion too. What’s not to like (whatever you think about Peters’ dismissal of all economic theory prior to his own insights)? A must-read for anyone who hopes that understanding non-ergodic stochastic processes can make them rich. 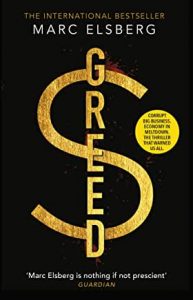