I’ve been mulling over increasing returns for a while (it will feature in my next book, Cogs and Monsters, in 2021) and returned to the question this morning as I prepare to write something on agglomeration economics for my colleagues Michael Kenny, Anna Alexandrova and Cleo Chassonnery-Zaigouche, for their research project Expertise Under Pressure. The essay question is pretty broad, concerning the influence economics has had on policy debates about cities. The key concept is that of agglomeration economies.

Going to the bookshelves – in imagination to the ones quarantined in my office and grabbing the ones at home off the shelves – I started on the agglomeration journey first with Paul Krugman’s 1991 Geography and Trade: “I have spent my whole professional life as an international economist thinking and writing about economic geography without being aware of it.” My copy is the 1995 paperback edition. The new economic geography was later crystallised in the textbook The Spatial Economy by Fujita, Krugman and Venables. 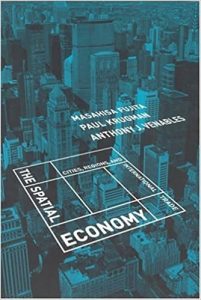 At about the same time, already intrigued by technology, I discovered Brian Arthur through Increasing Returns and Path Dependence in the Economy. To my mind the rebirth of economic geography – and economic history – is clearly linked to the spread of digital technologies, a link made so clear by Ed Glaeser in Triumph of the City and in terrific papers such as Non-Market Interactions, Information Technology and the Future of Cities, and Reinventing Boston.

Now for a weekend re-reading some of this good stuff. 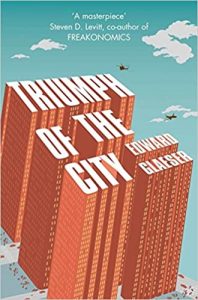