Like everyone, doing the normal day job seems to take longer, and then there’s the mad upsurge in corona-related webinars and meetings. With that and the loss of travel time, I seem to have been reading less. However, I have read a few interesting books.

Two were thankyous from Cambridge University Press for some reviewing I did for them. Social Avalanche: Crowds, Cities and Financial Markets by Christian Borch takes a sociological lens to the kind of non-linear dynamics of some areas of economics – including agglomeration, or rational bubbles, say. It was an education for me to read about the ‘crowd theory’ of late 19th century and early 20th century sociology and its decline as the discipline drew away from the implication that people were easily turned from individuals who thought for themselves into an unthinking mob. Borch argues that the earlier theorists in fact saw a tension between individuality and social influence – which of course seems perfectly sensible when you put it like that. The book looks at cities and also at algorithmic financial markets, though I’m not sure the latter adds a lot to Donald Mackenzie’s fascinating work on high-frequency trading. Still, I enjoyed it, once I’d figured out the rhythm of academic sociology writing – hard going at first. 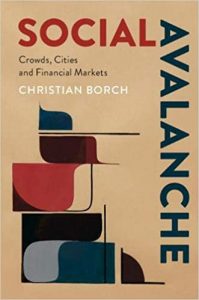 The other was A History of Big Recessions in the Long 20th Century by Andres Solimano. The text here is pretty broad brush so anybody who has read some economic history won’t get much out of the words. The translation was a bit patchy too: it took me a long time to realise that ‘Russian miltary mystic’ actually meant ‘mystique’ rather than a Rasputin-like figure I hadn’t heard of. But the assembly of all this data in one book is terrific, a great resource. 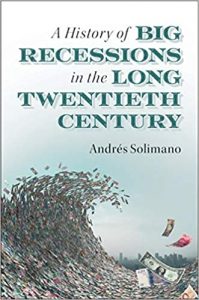 I also read Matthew Syed’s Rebel Ideas: The Power of Diverse Thinking, which is a well-written journalistic take on Scott Page‘s marvellous books, including The Difference and The Diversity Bonus. Still, a very readable intro to the importance of cognitive diversity. 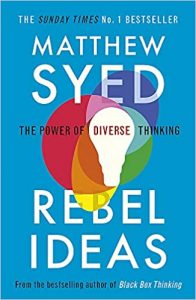 In between, a couple of Simenon novels – they are all marvellous and the new Penguin editions very stylish – and Maria Popova’s Figuring, which is hard to summarise but rather enjoyable. 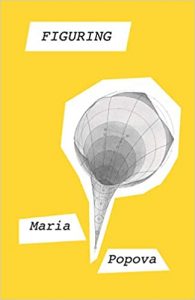