The latest in my catch-up reading has been British Business Banking: The Failure of Finance Provision for SMEs by Michael Lloyd. This is obviously a bit niche but of great interest as the vacuum in finance for growing businesses has often been identified as one of the reasons for the UK’s weakness in translating an excellent research base into lasting commercial success and eventually productivity gains. The stock of bank lending to SMEs in the UK was £166bn at the end of 2018, according to an OECD survey. (It will perforce have increased signigicantly in 2020.) If this sounds a lot, it was only about one tenth the stock of their residential mortgages. The UK banking sector just doesn’t do much business lending.

I’ve long thought lack of competition is a key part of the story. The commercial banking sector has consolidated steadily over the decades – I’m old enough to remember some of those swallowed up, like Williams and Glyns and National Provincial. In this book Michael Lloyd argues that while the development of an oligopoly might have been part of the cause of the SME finance gap, introducing more competition won’t be part of the cure now. There has been some new entry such as Santander, but the newcomers are not interested in the SME sector either.

He anyway sees the gap as a quasi-cultural one, linked to the “free market” philosophy embraced more eagerly in the UK even than in the US, and in the centralisation of banking decisions. He advocates a restoration of relationship banking spearheaded by a state Investment Bank. What we are getting instead is a National Infrastructure Bank – needed, but unlikely to do a lot for SMEs around the country. However, I find the relationship argument persuasive: I’d see it in terms of a vast loss of information that has come about through bank mergers and centralisation. Automated decisions are based on too little information, whereas old-fashioned bankers in boots would have a wealth of information about local SMEs.

It’s a hard problem to solve even with a government willing to have a go. Still, this is an interesting book for those worrying at the issue, well worth a read. 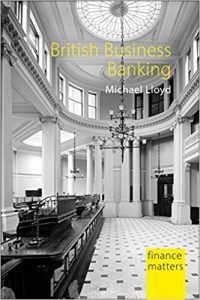 One thought on “Banks versus business”