It’s been an eclectic mix of reading this week, as I plough on through this endless grey winter with a significant birthday approaching. First, Antonio Damasio’s Descartes Error. I’m completely unable to evaluate the argument, being no neuroscientist, but I find it very plausible. As the title suggests, the book argues against the Cartesian mind-body dualism, and furthermore proposes that emotions and reason are complements, not substitutes. Sense perceptions cause chemical and electrical circuits in the body which trigger emotional signals enabling reason to operate. Often unnoticed, sometimes these manifest as intuition or gut feelings. Adam Smith of The Moral Sentiments would surely have agreed. It made me wonder what we mean by artificial intelligence. Robots can have sensors, but not emotions: are they going to be like the kind of patients Damasio describes? Not a comforting thought. 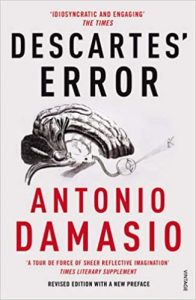 Then it was Amin Maalouf’s Adrift, a sort of memoir and sort of reflection on how a moment when it looked like the world could be an open, tolerant sort of place has decisively passed. Growing up in the Lebanon, the author centres on the degeneration of that country and the wider Middle East as its vibrant cultural centres were overwhelmed steadily by factionalism and violence. But his gloom extends globally now. It reminded me of Zweig’s The World of Yesterday, a book that’s been much on my mind of late. 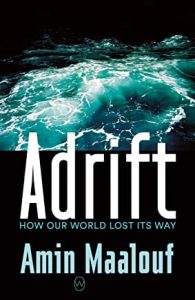 Then, prompted by an enthusiastic tweet from a colleague, Michelle Murphy’s The Economization of Life. It’s a critique of the way economics counts people as aggregates and averages, drawing on the history of the links between US overseas aid and population control policies, with Bangladesh as the case study. Economists of the mid-20th century saw rapid population growth as the reason for the poverty trap, in a quasi-Malthusian, tainted-by-eugenicism way, Murphy argues. Population dynamics were modeled to ‘prove’ the problem, including the introduction of the idea of the demographic transition. This kind of thinking peaked with books like Paul Ehrlich’s The Population Time Bomb. Whatever the role played by intrusive aid policies aiming to control women’s and men’s fertility, the ‘transition’ has duly happened in most countries. Modern growth theories imply exactly the opposite, that more people means faster per capita growth because ideas come with people attached. Perhaps it’s the theory for our (western) population ageing and decline times. Anyway, the book was interesting despite its OTT rhetoric. 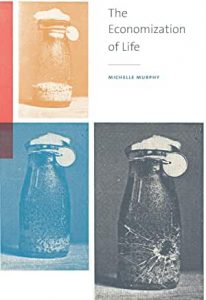 My book pile is a bit low – I’m hoping for some joy from the borthday sprite – although with proofs of Philippe Aghion’s The Power of Creative Destruction and Sam Gilbert’s Good Data to read before their April publication dates. Suggestions welcome! 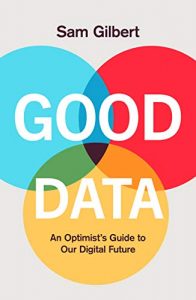 And meanwhile I’ve been revising the manuscript of my next book: it looks like Cogs and Monsters: Economics for the 21st Century will be out in the autumn.