I was reading about the US-China trade war in Foreign Affairs, an article (The Unwinnable Trade War) strikingly awash with metaphors of conflict – blazing guns, cease fire, détente….) It sent me back to the excellent book by Rebecca and Jack Harding we just published in the Perspectives series, Gaming Trade: Win-Win strategies for the Digital Era. They (an economist and a political risk analyst) use game theory to analyse the interplay between the win-win economics of trade and the zero sum game of geopoltical power. States (and they mean the big blocs, the US, China, Russia, the EU) need to develop strategies simultaneously for military force, information/cyber warfare, and economic soft power. Trade policy is an important weapon in the complicated strategic game.

The book argues that the focus on old-fashioned trade wars is a distraction from the most important front at present (my goodness, impossible to avoid the military metaphors): control of cross-border flows of information, finance and intellectual property. The physical world  and control of material resources is of course still important; but the new frontier is the cyber frontier. Indeed a new column by the digital guru Andrew McAfee highlights the continuing dematerialization of the economy (as I wrote about in The Weightless World, and Danny Quah also back in the 1990s). Russia’s engagement on the cyber-front is all too obvious, with seemingly little effective counter-attack – or even connivance from the Trump family.

I was persuaded by the Hardings’ argument that the current global situation is very dangerous, threatening economic stability, environmental sustainability and peace. The slow growth or worse will encourage the trends toward populism and authoritarianism, and a spiral into more protectionism. If you consider the economic and political whirlwind associated with the collapse of trade in the 1930s, it’s worse now: the World Bank’s new annual World Development Report paints a vivid picture of the extraordinary economic interdependence of the world’s economies. Unravelling these value chains will be catastrophic (Brexit Britain seems to be offering itself as an early test case of the potential damage).

In the end, the book argues, we all lose unless the current great power conflicts – soft, cyber and potentially ‘hard’ – de-escalate. The strategic path from here to the sunlit uplands of a new era of multilateralism is far from obvious. But it does us a favour in drawing attention to the dangers, and to the need for clear strategies to get out of this situation. 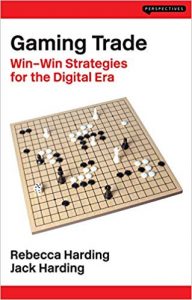