I love books about data visualisation – the oeuvre of Edward Tufte especially The Visual Display of Quantitative Information, anything by Howard Wainer eg Picturing the Uncertain World. So I’ve very much enjoyed How to Lie With Maps by Mark Monmonier. This is an update of a classic tetbook and has been an eye-opener. Although I love maps, and althoug software means they are used far more often, I’d never really thought about them in the same mental bucket as other forms of data visualisation. The book covers everything from choice of symbols to use of colour and shade to the influence of culture and politics on maps. It’s fascinating, the interplay between the apparently technical choices made in making a 2D representation of reality and the social/political/cultural context of the mapmaker. The book will make me a far better prepared observer of the way maps are used in the media and online. Surely we could all do with some more cartographical literacy? 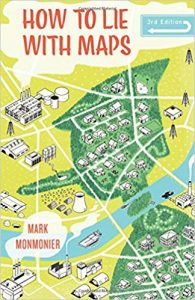 I also read Welfare, Happiness and Ethics by Wayne Sumner. Its aim is to defend a welfarist approach by constructing a version that addresses previous criticisms – consequentialism is out of fashion except in its everyday use in economics, although economists rearely ponder the philosophical foundations of social welfare. I’m not sure the book succeeds, but then I don’t know the answer to Anderson’s dilemma (in Value in Ethics and Economics) about the realism of ethical pluralism versus the realism of non-pluralist, consequentialist public decision-making: every actual decision implicitly makes a choice between plural values. 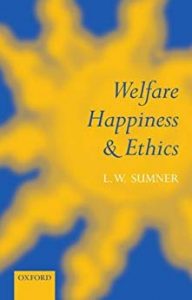 The late, great Tony Atkinson (whose posthumous Measuring Poverty Around the World is recently out) published an article in 2001 on the Strange Disappearance of Welfare Economics. We haven’t yet answered his call to reopen welfare economics, but it’s really about time. 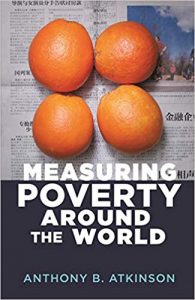 2 thoughts on “Cartographical, and ethical, literacy”