There’s definitely a digital theme in the new crop of books arriving at Enlightenment Towers – the left hand mini-pile here. 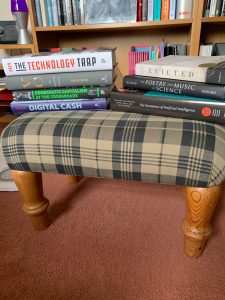 On my recent trip to Washington (for a fascinating National Academies/Royal Society discussion on international co-operation on AI, culminating in this public symposium) I read the pile on the right.

The Economics of Artificial Intelligence is a terrific collection, edited by Ajay Agarwal, Josh Gans and Avi Goldfarb. It has sections on AI as a general purpose technology, jobs and inequality, regulation and the implications of machine learning for economics. The cast list of contributors is stellar. It’s far from the last word but a must-read as a starting point. 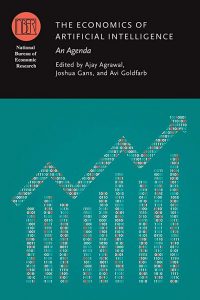 Tom McLeish’s The Poetry and Music of Science is a persuasive comparison between creativity in the arts and in the sciences, exploring the parallels between the creative process in music, poetry, art and fiction and the discovery process in the natural sciences. Well, I was persuaded. 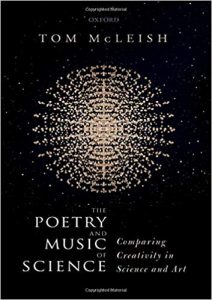 The Poetry and Music of Science: Comparing Creativity in Science and Art

Matthew Desmond’s Evicted is a distressing piece of reportorial sociology (Pullitzer-winning), detailing through a handful of specific individuals in Milwaukee the reality of the human crisis and housing crisis in America. The book describes the knot of poverty, drugs, ill-health, appalling housing conditions, impossible for any individual to escape. I was shocked on my recent trip to San Francisco to see the desperate condition of its large numbers of homeless people, literally worse than I have seen anywhere in the world. The conditions described in Evicted are intolerable. I recently heard Angus Deaton talk about his and Anne Case’s work on the ‘deaths of despair’ in the US (and some foreshadowing of a similar if less pronounced pattern in UK data). Given the extreme social inequality in the US, its political disintegration is not surprising. The new Deaton Review here in the UK into inequality may uncover ominous similarities, and it would be good to know how other OECD countries compare/contrast. 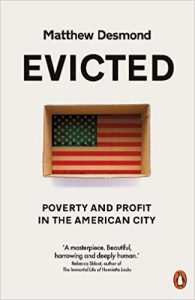 Evicted: Poverty and Profit in the American City