I’ve been attending the NBER’s Conference on Research in Income and Wealth in Washington and one of the lunchtime speakers was Baruch Lev, talking about his recent book, The End of Accounting. Having heard the talk, I’ll have to read it. The argument is essentially that companies’ financial reporting is decreasingly useful as a guide to company performance, and any potentially useful information is deeply hidden in the required figures, which – Lev argues – bear little relation to reality, are heavily manipulated, and involve many dubious assumptions. It’s safe to say he isn;t a fan of the accountancy standards bodies – nor they, presumably, of his work.

Just before leaving London I finished Thomas Rid’s Rise of the Machines, a history of cybernetics from the perspective of an expert on defence and security. Much of the story he recounts is familiar to anyone who has read lots on computer and internet history, but the perspective is distinctive. Of course the tale starts with the information needs of the military in World War 2, but it also ends with security. There is a fascinating chapter on a mid-1990s Russian cyber-attack on the US, code named Moonlight Maze – apparently the first time so many of the details of this attack have been pieced together. This chapter was particularly interesting in the light of recent Russian activities in the US and elsewhere. Here is quite a detailed description referring to Rid’s book.

I also polished off a short book, World on the Move: Consumption patterns in a More Equal Global Economy by Tomas Hellebrandt and Paulo Mauro. It looks at demographic and income distribution data and projections to make predictions about future demand growth – especially for transportation and infrastructure. It’s more of a reference work than a good read but I’m sure useful for some readers.

One of the conference speakers was Eric von Hippel, who kindly signed a copy of his book Free Innovation for me, so that’s next on the agenda. And this being Washington, I’ll almost certainly drop into Kramer Books and leave with a few purchases. 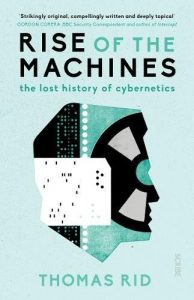 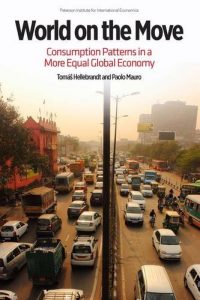 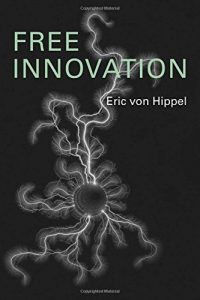