This is a bit late but it has been in the back of my mind this week that Lord Lawson used to be keen on isolating central banks from political pressure. I remembered right. He made the case to a sceptical Margaret Thatcher, arguing it would give UK monetary policy an anchor that was necessary if the country was not to commit to an external anchor such as ERM membership. Here is Nigel Lawson in 1992, in his autobiography The View from Number 11: 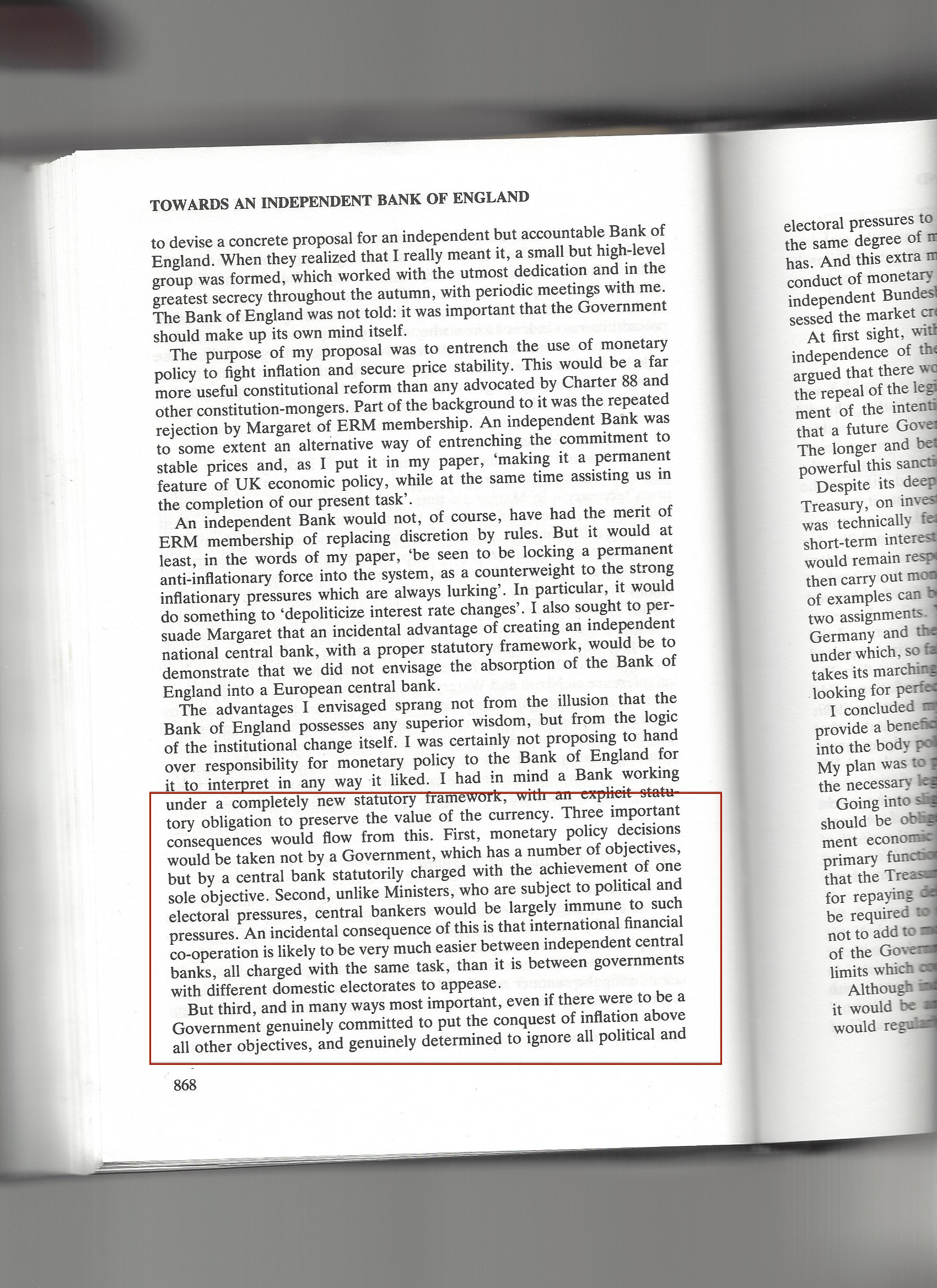 Nigel Lawson in 2016, about Mark Carney – a change of tune about the propriety of political pressure on an independent central bank, then: 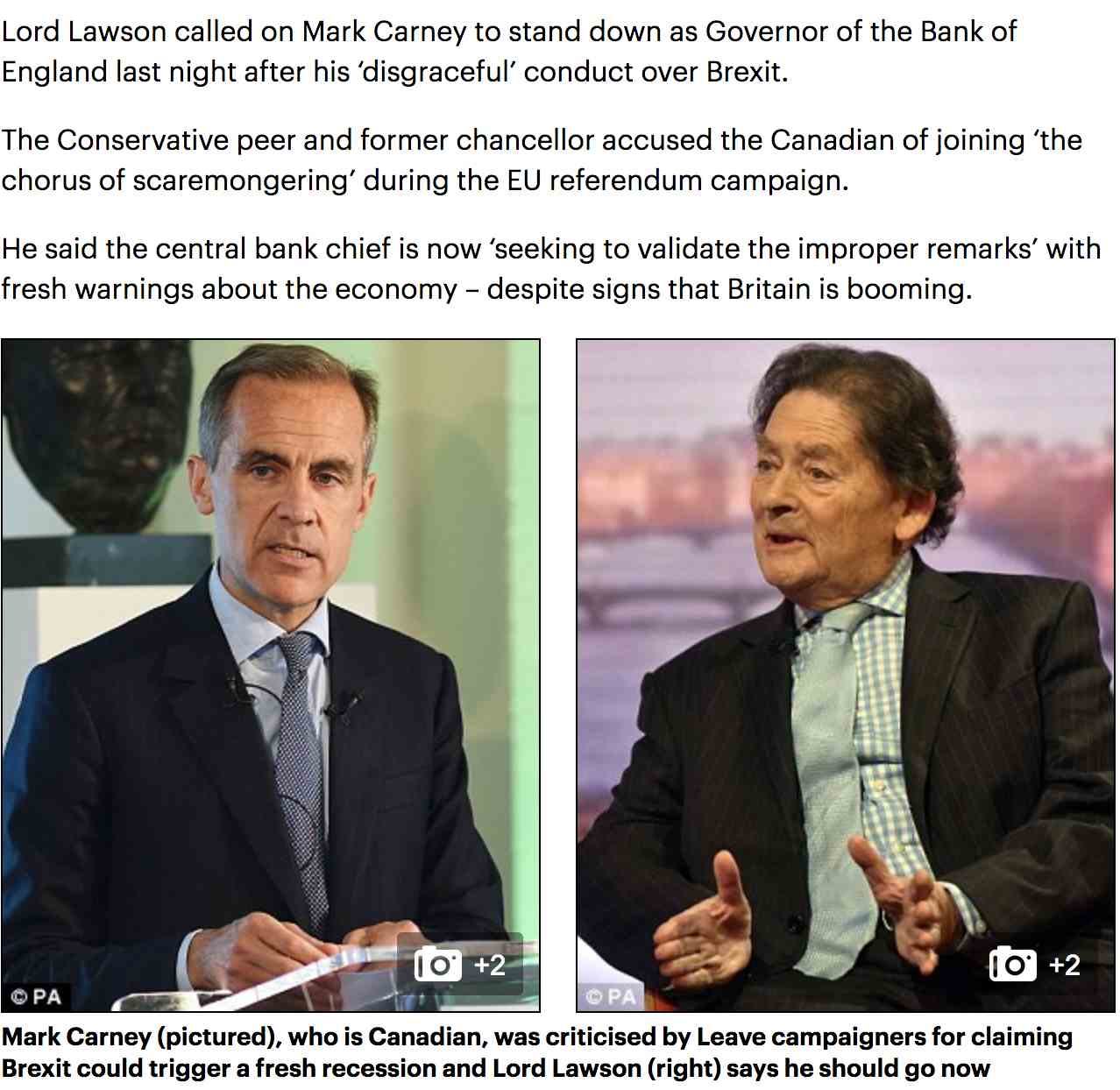