It’s a grey, grey day. The nights are drawing in. A gang of crows has settled noisily on the roof of the house opposite, as if sent by Ted Hughes in a bad mood. Most of all, the state of the world in general and UK politics in particular is super-dismaying. So of course I found a blanket and sat down with a book that dropped through the letter box and wasn’t even pre-chewed by the dog before I got to it. The book is An Age of Risk: Politics and Economy in Early Modern Britain by Emily Nacol. Sometimes all you want to do is bury yourself in a scholarly book about 18th century philosophers.

Reaching the chapter on Hume, I read: “Hume understands how hard it is to live with uncertainty. More importantly, Hume is also exceptionally mindful of how, even if humans can push past the morass of uncertainty to identify probable future outcomes, the anxiety proviked by uncertainty remains untouched. He notes in A Treatise of Human Nature that even though uncertainty can trigger hope and fear in individuals, in practice it seems to generate mostly fear and discomfort. And this is true even when people are in possession of relatively sure probable knowledge about the future.”

‘Every thing that is unexpected affrights us,’ he wrote. Like the superb behavioural economist he was, Hume roots this in a diagnosis of cognition.

The book goes on to argue that one of Hume’s aims in writing his essays aimed at a general public was to shift risk attitudes toward recognising the benefits of taking risks, the oportunity for profit in economic ventures. He wanted to open the eyes of the fearful to ‘a counterpoising argument’: “Could such dogmatical reasoners become sensible of the strange infirmities of human understanding, even in its most perfect state, and when most accurate and cautious in its determinations; such a reflection would naturally inspire them with more modesty and reserve, and diminish their fond opinion of themselves, and their prejudice against antagonists.”

Hume specifically discussed the ‘groundless fear’ of open international trade. Nacol argues that he counters this by suggesting that an open attitude to risk-taking will enrich all parties. I wonder how far Hume would get with his argument these days? (NB, rhetorical question). 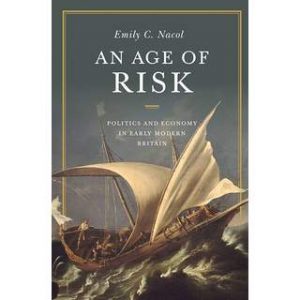