Any sentient economist these days is interested in how people make decisions, and how this differs in different contexts. It isn’t as simple as saying the old rationality assumptions are false and the new ‘behavioural’ rules of thumb apply.

For example, Paul Dolan of the LSE (whose new book is

) reports a trial to see what kinds of intervention were effective in getting consumers to reduce their electricity usage. A social comparison ‘nudge’ in the shape of a letter (but not an email) about what similar households were paying was very effective, but so was a financial incentive in the shape of money off the bill if certain target reductions were achieved. But the social nudge and the financial incentive when combined led to – zero reduction. So like all supposed silver bullets, nudge policies need to be fired with care and a single shot will rarely hit its target.

Anyway, the ur-books about the psychology behind how people make decisions are Daniel Kahneman’s

(thinking slow being rational calculation and thinking fast being mainly what we do), and Gerd Gigerenzer’s

– the latter arguing that ‘thinking fast’ is actually rational because it economizes on energy- and effort-intensive calculation.

I just read another two books underlining how hard people find thinking. One is Ben Goldacre’s

, which I found on my iPad recently and clearly downloaded ages ago. It’s a terrific book for teaching some mildly numerate critical thinking, and very funny. It’s as good as my previous favourite in this category, Jamie Whyte’s

The other is the huge airport bestseller

by Robert Cialdini. This irritated me enormously, partly because it drags out a long article to book length, with a mildly patronising tone throughout; and partly because it poses as a guide to empowering the reader to avoid being manipulated by salesmen but is actually clearly a handbook of sales techniques. Despite having been irritated by it, however, it does convincingly illustrate six psychological characteristics that make people open to persuasion: the compulsion to reciprocate, the desire to be consistent, the power of social ‘proof’ in the form of other people’s choices, the deference to authority, the urge to grab hold of anything in short supply, and our willingness to do things for people we like.

One especially powerful example in the ‘consistency’ for the world of policy, I thought, was that people whose self-image was made into one of ‘public spirited citizen’ through one experimental intervention then continued to act in a public spirited way in other contexts. While salesmen want to exploit quick thinking, so too might policy makers. And as Gigerenzer argues persuasively, thinking ‘slowly’ all the time would be inefficient. Maybe the thinking ideal is, like dancing a good foxtrot, getting a good mix of fast and slow. 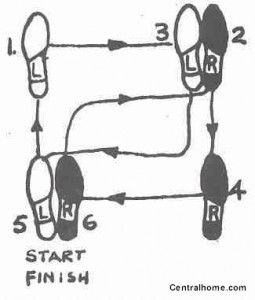 2 thoughts on “Thinking, fast, slow, and other tempos”