On my train rides yesterday to the Royal Economic Society Conference at my new home institution (from September), the University of Manchester, I read

by Cass Sunstein. This is obviously a progression from

, his bestseller with Richard Thaler, and a reply to the often-made criticism about the paternalism inherent in nudge policies.

The book is a very good short primer on the philosophy of this kind of intervention, drawing on behavioural psychology and economics. It does not cover either how to do ‘nudges’, or the cognitive biases the policies seek to compensate for – for that, you need the predecessor book. The aim here is to argue back against the view that for all the biases in decision-making that we are learning about, it is better for people to be free to make their own mistakes than to have government bureaucrats or politicians tell them what to do.

Sunstein makes two very strong points in his counter-blast. One is that there is no avoiding ‘choice architecture’. For example, if a government decides not to make pension contribution decisions opt-out, it is thereby choosing to make them opt in. If a cafeteria puts chocolate by the check-out, it is choosing not to put fruit there.

The other is that governments make lots of interventions in individual choice, constantly. These range from declaring some activities (taking drugs, say) a crime punishable by prison or fines to regulations (how you make alterations to your house) to tax incentives (a high tax on cigarettes) all the way through to educational campaigns (pictures of diseased lungs) and advertising (pay your tax on time to avoid the fine). Nudges are indeed at the soft end of this spectrum of government actions.

So why do I, like many others with a libertarian streak, feel uneasy about nudging in general? Not the specifics; the pension opt-out is clearly sensible, and using behavioural insights in designing competition remedies similarly a no-brainer. It’s the general idea of governmental Mad Men that’s disturbing, the sense of manipulation and infantilisation of individual voters that implies. Not that I’m naive about the capacity of individuals – including me – to take sensible decisions much the time. As Sunstein points out, the work of Gerd Gigerenzer on decision-making heuristics clearly suggests people would benefit from the short-cuts well-designed choice architecture can create.

The ‘yuk factor’ I felt grew all the stronger on reading: “Personalized paternalism is likely to become increasingly feasible over time. We can imagine highly personalized default rules, attempting to specify diverse rules for people in different circumstances.” Sunstein acknowledges the huge information advantage people have about their own interests compared to any bureaucrat, but evidently thinks that the information asymmetry will reduce – and anyway argues that the structures of public sector policy-making and impact assessment guard against bad nudges.

I’m not so sure, thinking about the growing pressure of increasingly polarised and populist politics on administrative decisions. We should consider the effect of ‘soft’ behaviour-manipulation policies on how the people feel about politics and government: is nudging going to increase or decrease further the low trust voters have in their governments? And one final question is whether behavioural responses will change the more people understand the cognitive biases and the nudges intended to work around them – will we learn? Is there a Goodhart’s Law for nudge policies? 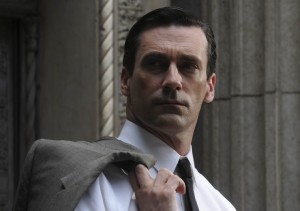