As his new novel

is published, John Lanchester has written a nice essay (‘Show Me The Money’) in this morning’s Financial Times about the curious lack of interest modern literature has in business – a striking contrast to many writers of the 19th century. In fact he names only one modern exception, Jay McInerney’s marvellous

There are a few others I can think of.

. And in a funny way, crime fiction is often quite business-focussed, albeit the illicit business of the illegal drugs trade or underworld bosses.

There’s a similar lacuna in film and TV, once you set aside criminal enterprise.

had the oil business. There was

. My all-time favourite, though, was

, which was sharply focused on trade and commerce, and even better was set Up North. As for movies,

, of course, and its

, the movie. No doubt there are others, but they don’t leap to mind, which perhaps proves the point about their scarcity. 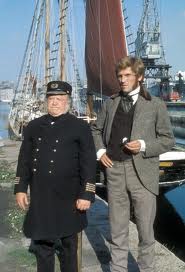 7 thoughts on “Business and culture”