I’ve just read Frtiz Machlup’s 1973 The Production and Distribution of Knowledge in the United States. It seems very prescient. For instance, “There is probably … validity in the hypothesis that the increase in the ration of knowledge-producing labor to physical labor is strongly associated with the increase in productivity and thus with the rate of economic growth,” (although he also notes that some argue the opposite, that there are diminishing returns to knowledge-production – see this for a recent update). And, “Much of the production of knowledge depends on governmental appropriations.”

My favourite: “The facts that the production of knowledge of several types is paid for by other than the users of the knowledge, and that these types of knowledge have no market prices, raise questions of their valuation for national income accounting as well as for welfare-economic considerations.” Yes indeedy. 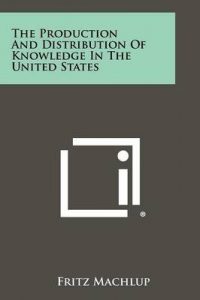 2 thoughts on “Accounting for knowledge”