I devoured Then There Was Light: Stories Powered by the Rural Electrification Scheme in Ireland on my train journey back from the Bristol Festival of Economics yesterday. It’s a delightful collection of reminiscences about this scheme taking electrification to the countryside (ie most of Ireland) during the 1940s and into the 1950s. In fact, coverage only reached 100% of all the remote islands in 2000, and some hamlets were eventually depopulated as electricity never got to them.

The book is a reminder of what a poor and agrarian country Ireland was until, well EU accession really. The essays by men who worked digging post holes and driving trucks often start with the relief they felt on getting, not only a job, but one for a government body paying decent wages. Being hired for the work changed their lives. Most are written by people who spent at least part of their childhood in darkness lit only by candles and paraffin lamps, with mothers doing all the laundy by hand. One writer calls the scheme one of the most transformative events in Ireland’s 20th century history as a nation, and by the end of the book, this doesn’t seem like hyperbole.

It’s fasinating to read about the hesitations some people had: about the cost not only of getting hooked up to start with but also the vulnerability to having to make ongoing payments for power. For many new customers, this was the first regular bill payment they experienced; about the dangers – would it harm the cattle or burn down the house? And about whether it would change the character of life for the worse. Parish priests were often key advocates for electrification, and so were women, who quickly saw the potential benefits of electrical domestic appliances. The company also had a PR and sales team – the book has illustrations showing some of the demos and delightful adverts: “Electricity saves money in the farmyard!”

Above all, the book is a reminder that all technology is social. Not only do new technologies need complementary investments  – households paying for their internal wiring and switches, or street lights, for example – people have to be able to see the benefits as well as the costs (faster milking, no more washing by hand), and these often need demonstrating in practice before they are believed. Electricity in particular is also a social technology, involving collective decisions to create and sustain the incentives to make it function. The investments are long-term, they change places dramatically; and although the technology is now old, it is both essential and dangerous.

So it is that many countries still cannot provide a consistent universal electricity supply and even advanced economies experience power cuts and underinvestment. If western political systems lose their ability to create consensus and collective, long-term action there will be many bad consequences but one of them might well be disrupted electricity supplies. This is not alarmist: I spent chunks of my teenage years doing homework by candlelight too. We had the power stations and the wires, but not the social and political infrastructure in the years of unrest and strikes in the 1970s. 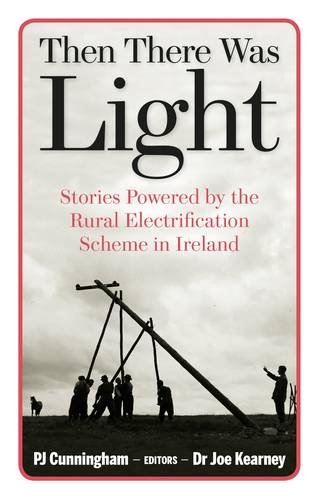