There is a wave of interest in dematerialization – I spotted it this past weekend thanks to Justin Fox, and his article has been picked up elsewhere. I therefore can’t resist bigging up my own book, The Weightless World (pdf), published in the UK in 1996 and US in 1997.

Although it shows its age, it was (I’m pretty sure) one of the first to pick up on this physical manifestation of the structural and technological changes under way. (And I now regret that it didn’t consider energy use in the weightless economy.)

Here are the ONS charts that triggered the use of weightlessness as a prism for understanding the structural change in the economy. They show for the 1980s then the 1990s the level of real GDP and the material flows for the economy for the two decades. Around the mid or late 1980s, the link broke, and while real GDP continued to rise, the ‘weight’ of the economy stayed roughly level. 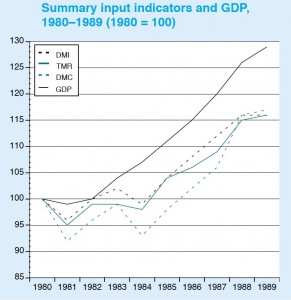 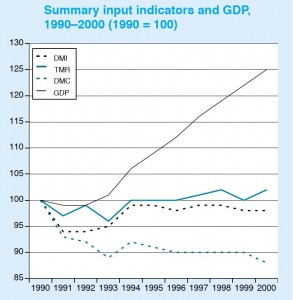 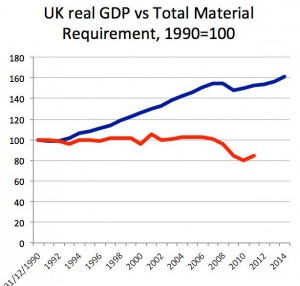 One thought on “Weightlessness redux”