The news of Edmond Malinvaud’s recent death at the age of 91 caught up with me yesterday. It sent me back to his book

, published in 1977 and based on his earlier Yrjo Janssen lectures. The subject of the lectures was how – if at all- to reconcile different theories of large-scale involuntary unemployment. To simplify, the mid-1970s were a time of Punch and Judy macroeconomic debate, monetarists then Real Business Cycle advocates versus Keynesians, supply shocks plus rigidities versus demand shocks.

The book notes that a successful theory needs to explain why quantities, not wages, adjust in the labour market, and why wage/price moves are asymmetric (sticky downard but not upward). Malinvaud took labour and goods markets together, and explicitly recognised the need to think about disequilibrium outcomes. “In each market, the short side decides on the amount transacted and the long side is rationed,” he wrote. He argued that depending on which side was rationed in which market, different macroeconomic regimes would prevail, either Keynesian unemployment or classical unemployment or a regime of ‘repressed inflation’, “when both prices and wages are so low that individual assets have a large amount of purchasing power, and when people choose leisure to such an extent that the demand for goods, which may be high…, cannot be fully met.”

It’s a slim book – and not his best known – but made a big impression on me at the time (my copy is dated 1980) simply because it seemed intuitively true that different kinds of (disequilibrium) states of the world could prevail, with different dynamics and different policy implications. But Malinvaud’s approach was pushed to one side by the juggernaut of the political victories of monetarism and the later  academic consensus about equilibrium DSGE models, albeit with frictions. As regular readers know, I subsequently moved away from macroeconomics, and looking back now over

it seems to me just as abstract – including with regards to time – as all macro. But that’s another post.

Here is an interview Malinvaud did with Alan Krueger in 2003. 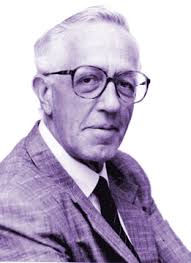 2 thoughts on “Theory of unemployment reconsidered”