A theme of quite a few recent book arrivals here at Enlightenment Towers has been the relative position of the US and China. 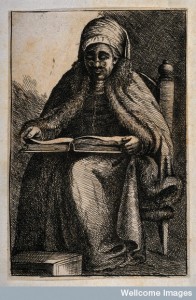 A hive of activity at Enlightenment Towers (Image from Wellcome Library, London)

These have included Eswar Prasad’s

(global turmoil paradoxically strengthens the status of the US currency, and the renminbi isn’t going to take over as global reserve currency) – it’s just been reviewed in the New York Times as well as here.  Charles Kenny’s

argued that a thriving China is good for the US. Josef Joffe’s

says China isn’t after all poised to overtake the US as global hegemon, so enough with the declinism.

by Stephen Roach has entered the US-China debate. I guess the subtitle sums up the argument – this is co-dependency in the damaging but addictive relationship sense. He seems to end up saying both countries are experiencing an identity crisis and must reform themselves so they can move away from (on the one hand) financial engineering and (on the other) unbalanced hyper-growth. This doesn’t sound like it will end up well.

Stephen Roach is always interesting, so I’m sure it will repay reading. But perhaps the US-China relationship is becoming a dangerous obsession?

3 thoughts on “A dangerous obsession?”