The sad news about the death of Seamus Heaney sent me to the stack of his books on my shelves. Like every schoolchild then and now, ‘Digging’ was one of the poems we studied; unlike many school requirements, it did not act as aversion therapy, but rather the opposite. So when, as a student at Oxford in 1981, I saw he was in town to do a reading, I went along. It was wonderful, and I bought – and got autographed – two of his books, the (1981) 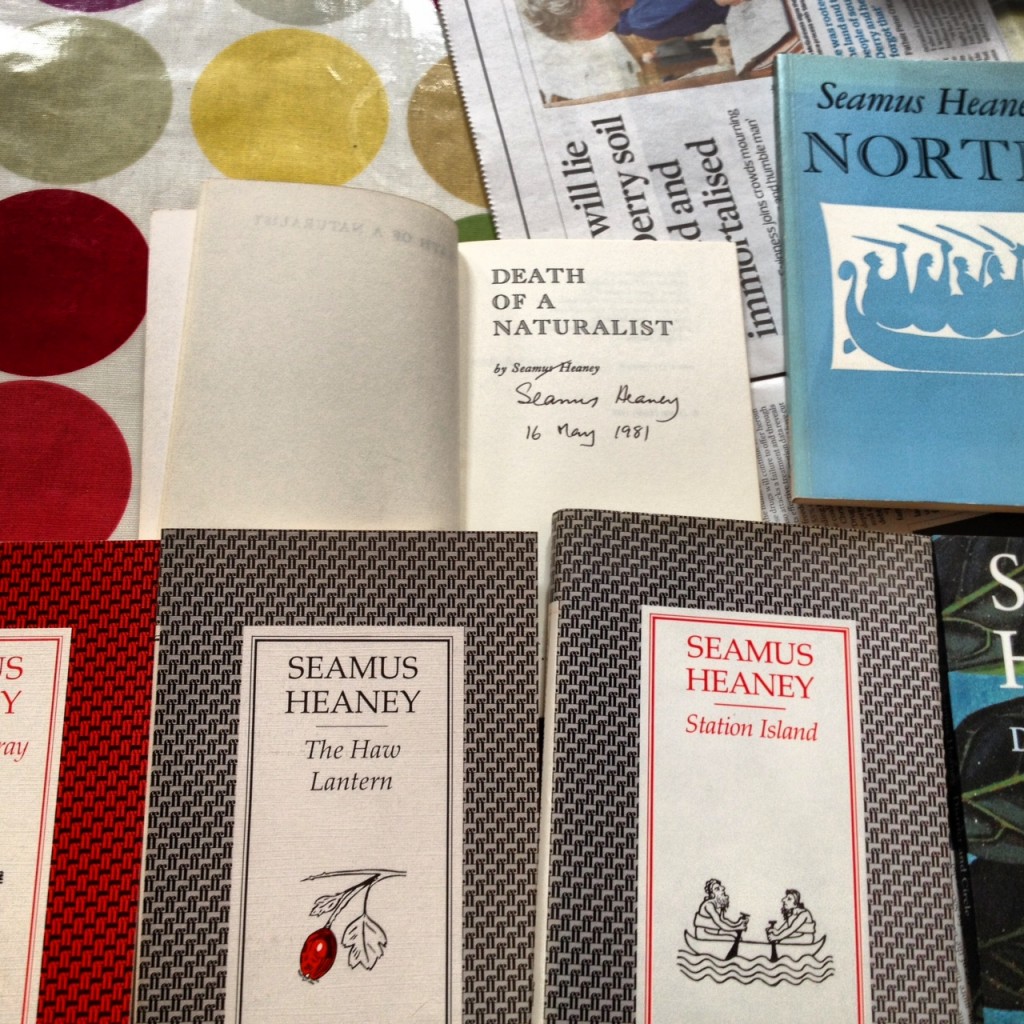 Some months later, in between Oxford and flying to the US to start my PhD at Harvard, I had a long weekend in Dublin. In a pub before a play at the Abbey Theatre, I saw Heaney sitting by himself and plucked up my courage to say hello. He could not have been warmer or more welcoming, although he must have had strangers intruding into his time constantly.