There’s an interesting article in the new edition of The American Conservative about A.J.P. Taylor. (This journal isn’t one of my regular reads – the wonderful Arts & Letters Daily brought it to me.) The title is ‘A.J.P.Taylor is History’, the double entendre being that he shaped how we conceive of modern history, but is now forgotten. Surely not? I asked Twitter. It emerged that unless you’re of a certain age (i.e. middle aged), the answer is yes, Taylor is a neglected figure.

This is a shame. His scholarly work was important.

was of course controversial but it did put the spotlight on the fact that conditions in Europe were conducive to conflict, including the economic situation (as Keynes had forewarned in

). He was also one of the first media dons, a terrific broadcaster and populariser. These people are rarely popular among their colleagues but serve an important purpose, and act as one of the (too) few conduits between academic research and the taxpayers who fund it. Here he is on the BBC talking about Europe in 1939 and here in the BBC Archive talking about Winston Churchill.

The discussion this morning about Taylor set me to thinking about the writers who formed my mental furniture in the late 1970s, in the sixth form and heading off to university. It was a kind of accident that turned me into an economist, history having been my main interest at school. I just pulled off my shelves as well Lytton Strachey’s

, in beaten up old Penguin editions.

I don’t know what students read now, what shapes their mental landscape. Or for that matter what middle-aged folk in other disciplines or from outside the UK read in their formative years? 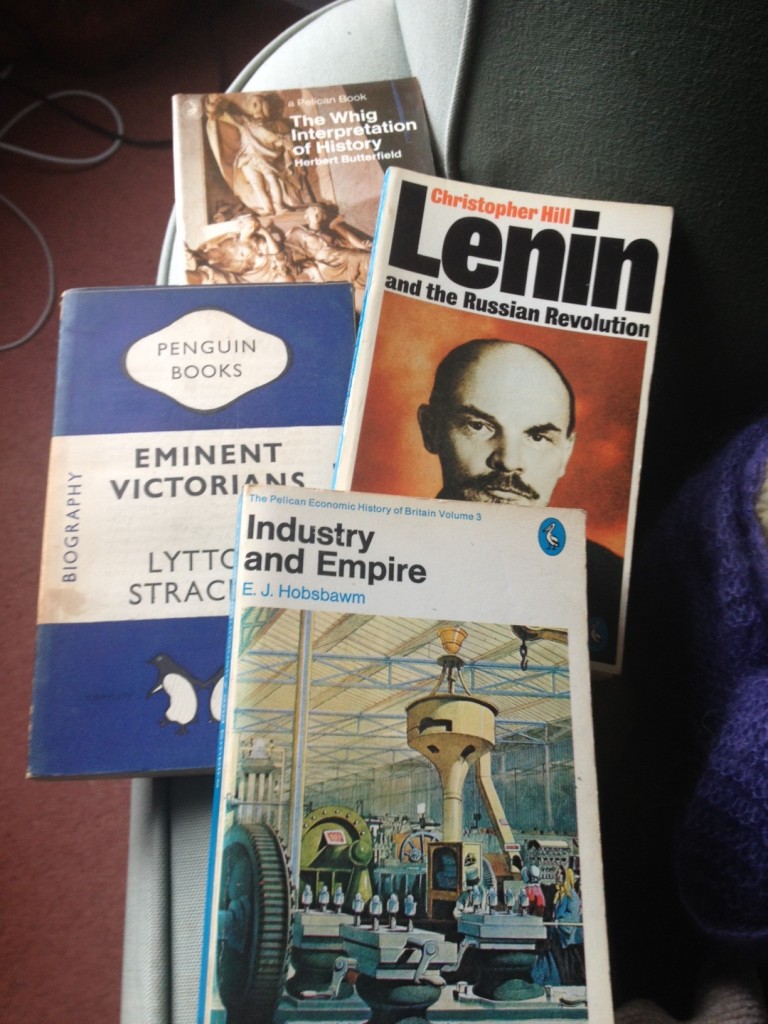