The admirable Noah Smith responded to my list of suggested classics for economists with a list of science fiction novels for economists. It’s an excellent list, and Paul Krugman responded enthusiastically – he says Isaac Asimov’s

novels set him on the path to becoming an economist.

Some years ago, I wrote a column in the Independent arguing that economics sees humans as either Star Trek’s Mr Spock or deductive geniuses like Hercule Poirot or Sherlock Holmes.

So the challenge now is for somebody to do the detective fiction for economists list.

Interestingly, Benedict Cumberbatch has become a common thread between Sherlock and science fiction, with his role in the new Star Trek movie Into Darkness, which as an old Trekkie I can’t wait to see. 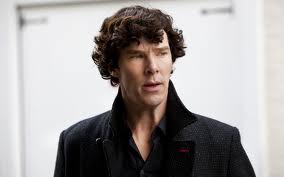 14 thoughts on “Another take on classics for economists”