We just spent a few days in Scotland and spotted this shipping container being used for storage at the harbour in Stonehaven, Aberdeenshire. 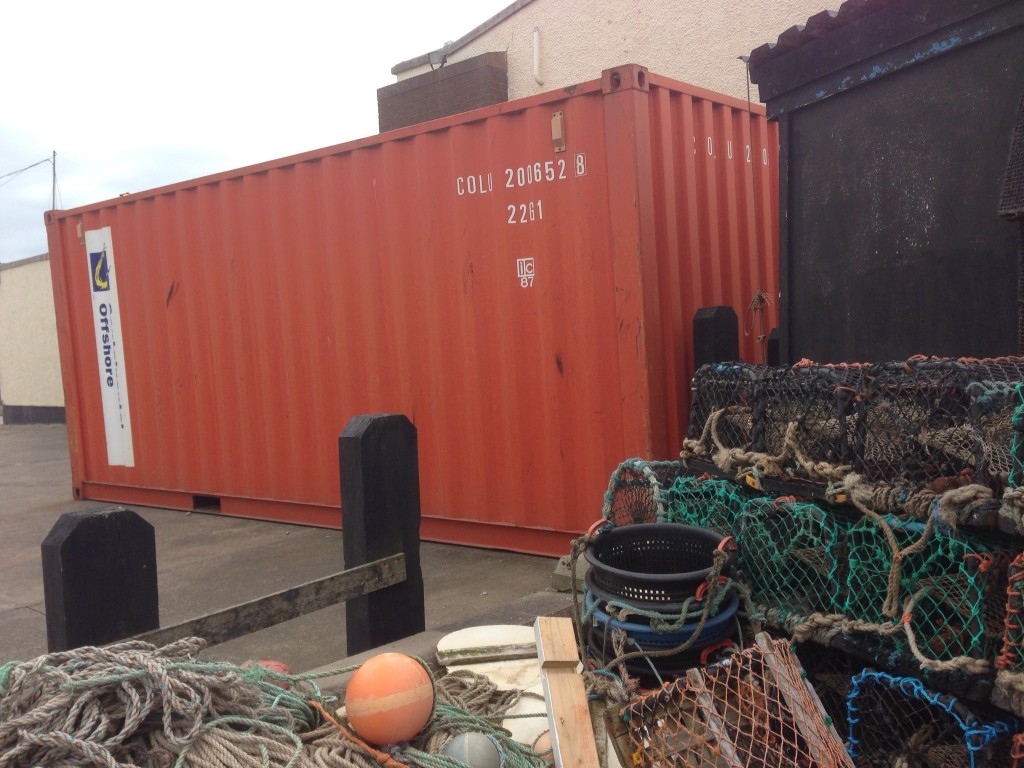 Meanwhile, news of the BBC News container: it’s now in its 3rd year of post-shipping existence as a soup kitchen in Kleinvei, South Africa. According to Tim Smith of Breadline Africa: “The Children’s World Kitchen project has benefited enormously when they received this container.  It is three years since this container was received and began serving the need of the community.” 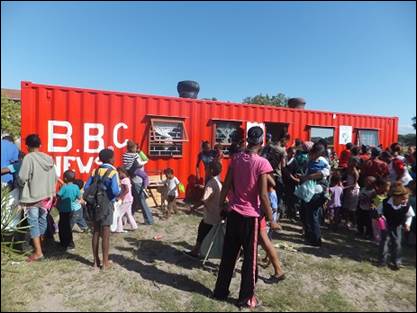 The post-shipping BBC Box in the Cape Flats

My containers correspondent, Captain Thomas Marnane, followed up our previous discussion about the importance of standardisation in shipping with some observations on the environmental benefits of containers – not a standard angle on the globalisation of trade, it must be said. In an email he wrote:

“The conservation of resources by reducing container weight and saving fuel (hauling on land and at sea), increasing cargo weight available, reducing losses, etc. is an example of what I call “closet environmentalism”.  It is not all altruistic.  That is that, in general, I believe environmental improvements and resource conservation is most brought about by individuals and businesses who have  incentives to improve by using and wasting fewer resources to provide a  product or service and  improve either quality of life and/or the bottom line, and for the most part they do it without fanfare or publicity.”

We should add the recycling of containers to other uses as part of his environmental tally.

This whole discussion was of course set off by the container that appeared in my local park, and

[amazon_image id=”0691136408″ link=”true” target=”_blank” size=”medium” ]The Box: How the Shipping Container Made the World Smaller and the World Economy Bigger (New in Paper)[/amazon_image]

6 thoughts on “The importance of containers, continued”