One of the constant pleasures of my morning ritual is sitting down with the Financial Times (paper version) and coffee after an early run with the dog. 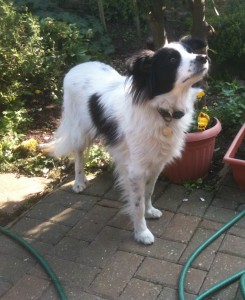 It’s always a stimulating read, but this morning my attention was particularly caught in an article entitled ‘The 2012 rivals can be named: Hayek v Keynes’ by the following quotation:

‘“I love von Mises,” Michele Bachmann told one interviewer. “When I go on vacation and I lay on the beach, I bring von Mises.”’

Now, I have never read anything by von Mises, and it is not part of my self-image that I’m less well-read than Michele Bachmann, so I scurried to my bookshelves. None of my standards helped – he’s not mentioned in Mark Blaug’s

, nor in Eric Roll’s

Next I went to the internet to download some books by the man himself, and started on his 1951 lectures, ‘The Free Market and Its Enemies’ (pdf). The first three of these are about economic methodology. The first essay, Economics and Its Opponents, I struggle to sum up, but it ends by asking why Marxists think about the philosophical basis of society while defenders of capitalism don’t bother. I think this is perhaps the same issue raised by a number of historians such as Mark Mazower and David Runciman. The second essay, Pseudo-Science and Historical Understanding, argues (I think) that the study of economics must be essentially an application of historical method, that it is not amenable to the methods of the natural sciences. The third, Acting Man and Economics, says: “The way in which economic knowledge, economic theory, and so on relate to economic history and everyday life is the same as the relation of logic and mathematics to our grasp of the natural sciences.” In other words, economics is an a priori body of knowledge.

At this point, struggling with the dense prose and lack of clarity, I gave up. The negative contemporary reviews quoted in Wikipedia were beginning to make sense. Whittaker Chambers, for example, apparently said von Mises epitomized “know-nothing conservatism” at its “know-nothingest.”

I’m left with a question. It’s hard to believe that Michele Bachmann has really spent lots of hours on the beach or at a desk carefully studying the many writings of von Mises. So what exactly do she and other Tea Party-goers think he says (in fact, what does he say?), and what is their source material?

13 thoughts on “Michele Bachmann, Ludwig von Mises and me”