There are some books whose success mystifies me. One was Yuval Noah Harari’s Sapiens, which I tried when it was published and couldn’t get past p50. I tried with Homo Deus recently and got as far as p138 before giving up. Despite my fondness for Big History, I just can’t figure out what it’s about. As far as I can tell, there’s no original body of research underpinning a popular synthesis (unlike, say, Oded Galor’s interesting new book The Journey of Humanity, or a book like Joseph Henrich’s big cultural history The Weirdest People in the World).

But nor is there in Homo Deus a structured synthesis of other people’s work – ample references of course, but what’s the actual analysis and argument? I could cheat and look at some reviews by people who have actually read the whole thing.* But I think 138 pages gives it a fair shot at grabbing my attention, and it has failed, despite the positive blurbs from Jarvis Cocker and Kazua Ishiguro, and the many millions of sales and high profile fans.

No doubt somebody will explain why I’m wrong.

*OK, I cheated. Here’s a helpful review in the LRB by Steven Shapin who read the whole thing, found the argument and sums it up (‘technology has given us the power to reshape ourselves as a species and it’s full of risks’). I get the sense he wasn’t overwhelmed but is politely positive anyway. 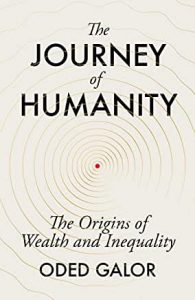 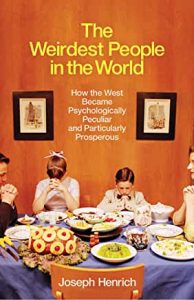 2 thoughts on “Swimming against the tide”